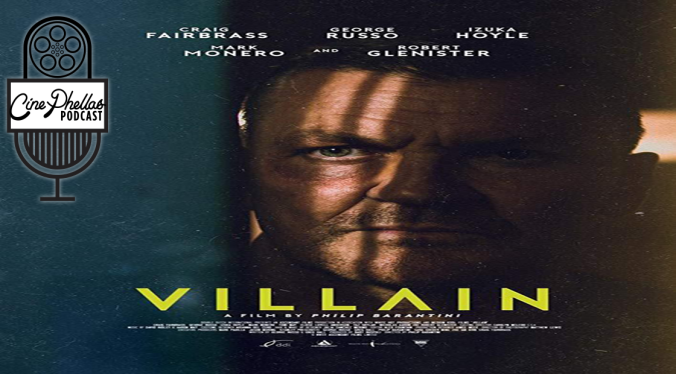 British action movie star, Craig Fairbrass is back in the gangster movie genre with his new film, Villain. A film that finds Fairbrass as Eddie Franks, a man released from prison trying to reconnect with his daughter. But Franks returns to his violent ways when a menacing drug lord threatens his indebted brother. In this episode of Cinephellas Podcast, Nile Fortner discusses with Craig Fairbrass how he got into the action movie genre, his voice-work on video games such as Call of Duty, the movie Villain, and more.

“Eddie Franks is a former criminal who attempts to help his family by reconnecting with his daughter and clearing his brother’s debt. Despite his efforts, he is drawn back into a criminal way of life, with devastating consequences.”