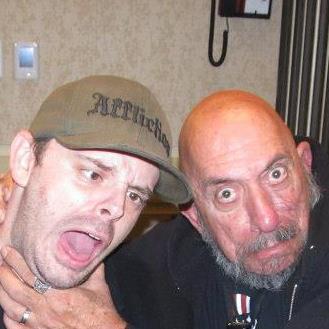 I can sum myself up with one word, NERD. Comics, Movies, Sports, Music, Professional Wrestling and so many more. Raised on horror movies with a comic in hand, and I wouldn’t have had it any other way. I’ve read comics since I was 5 years old (33 years ago). One of my biggest pet peeves are individuals who think you have to like one or the other. If you like DC then obviously you shouldn’t love Marvel as much. If you’re a Freddy fan then it makes logical sense that you wouldn’t be rooting for Mr. Meyers to get up after the good Dr. shot him. I  try to get to every convention that I can, not just to meet the stars and writers, but to get that sense of community/family that comes with it. I’ve worked and managed video stores and have owned a comic shop. I’m not sure on what else to say about myself, except I’m a nerd, and I’m proud of it.