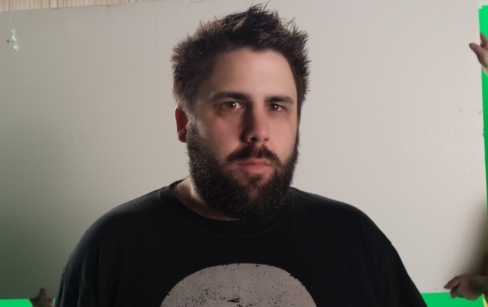 Vincent is a French-Canadian boy who has been residing and working in Montreal, Quebec for the last 11 years. He grew up in a small village of no more than 400 people about two and a half hours from Montreal. He was never really introduced to movies in his youth other than watching whatever what was on French television, since he didn’t understand or speak English at the time. He also remembers renting movies on VHS at the convenience store on the other side of the street with his brother and sister and watching them twice everyday. But he has no precise recollection of what movies he watched. And since nobody gave him cues of what to watch during these pre-internet days (doesn’t help that his parents acquired a computer for the first time in 2005 and that the internet services other than dial-up arrived in the village around the same time), to this day, he still has a bunch of movies that are considered classics left to watch.

Many, many years later, he became a movie fan by himself and with the help of some friends and access to the internet. He is interested in many genres and will see pretty much anything that comes out in theaters, but he’s a big horror movie fan.

He also purchases more DVDs or Blu-rays than he has time to watch, making his collection grow up out of control. He really enjoys attending the many movie festivals in town (and dreams of visiting the other big North American festivals) to get a first glimpse on unreleased movies.

As a day job, he works as a cameraman and lighting technician for the French division of the Canadian Broadcasting Corporation (CBC) in Montreal.

We wanted to congratulate the winner of the @elvismovie 4K digital code. We’ll be back in a few weeks to announce our spooky #31DaysofHorror giveaway. #Elvis #ElvisMovie #Giveaway #Contest https://youtu.be/Bl3FgIen5D4
Kevin Muller reviews the 2005 film 'The Brothers Grimm' starring Heath Ledger and Matt Damon.
Kevin Muller reviews the highly controversial film @dontworrydarling that's directed by Olivia Wilde and starring Chris Pine, Florence Pugh, Harry Styles, and Olivia Wilde. The movie is currently playing in theaters everywhere. #DontWorryDarling #MovieReview https://youtu.be/89vH-yNX-Uc
Travel back to Middle Earth with Logan and Henry for their review of @lotronprime : The Rings of Power now streaming every Friday on @primevideo .
My Tweets