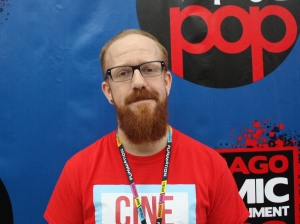 Logan Myerz is half mutant and half horror movie fanatic. He has been a writer for the past five years and has always been an avid cinema junkie. For most of his life, it’s been watching films and devising the ultimate plan to take over the world through the interwebs. Logan has been an avid traveler most of his life and lived in Tacoma, Washington, Chicago, IL Las Vegas, NV, and West Hollywood, CA which has been the muse behind his madness.  He believes the love for adventure, scoping out movie locations and abandoned places, and indulging in everything film/TV related, makes Logan the person he is tomorrow…..a goddamn, shit sucking vampire☺