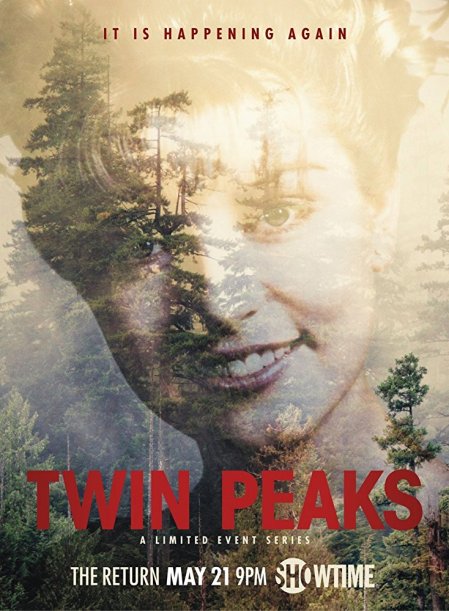 Shows that come back from a long hiatus can be tricky because you don’t know how it will be perceived and it’s hard to know if it will have the same impact that it did with viewers from years ago. The other thing to consider is that people change and as a result, feelings and sensibilities change. This seems to be a big part of what co-creators David Lynch and Mark Frost were aware of coming into this new season of Twin Peaks, also known as Twin Peaks: The Return, as it seems to have a somewhat different feel from the original series. Whereas the old show contained lots of intentional soap opera satirical aesthetics, these new episodes have a more experimental and esoteric feel that is more fitting on its new premium cable home, Showtime. As usual with any David Lynch project, you’re not going to be given simple answers and satisfying conclusions. As long as you’re okay with that going in, you’re bound get something out of this. It’s not exactly a fun watch, but it gives you something to chew on even if it can be hard to wrap your head around at times thanks to the trademark surrealism on display.

Twin Peaks: The Return brings back Kyle MacLachlan as FBI Agent Dale Cooper, who attempts to return to Twin Peaks after 25 years. Along the way, he gets caught up in some interesting situations with some eccentric characters. As a result, it caught this reviewer by surprise where the series decides to go and it’s all the better for it. MacLachlan’s still great in the role and he handles the new situations with more than exceptional aplomb. Look, when you watch these shows come back, you hope that what you loved about it is still there and in a lot of ways, a lot of what I enjoyed in the series’ original run is here. One thing I mentioned in my review of the first two seasons was how Cooper was such a great lead character and how he made a lot of the show more entertaining thanks to his presence. Lynch definitely knows that a lot of people really enjoy his character and he does find a unique way of bringing him back to the fold. What he’s required is something admirable in that it’s got to be a challenge, but he juggles a lot of the balls he’s asked to with no issue. After this, I came to appreciate him more as an actor and the brilliant job he does throughout the season.

Also, being a continuation, they could’ve been tempted to make this a complete rehash of ideas, but the show is clever enough to come up with some new directions to go for this season. Granted, a lot of the other characters return like Shelly, Audrey, Bobby, Hawk, Andy, Lucy, and that’s nice. They always serve a purpose in the show, no matter the size of their roles or the context in which they are used. But it seems that Lynch just had some internal things going on and just used this show as a canvas on which he needs to express himself. A lot of it never feels concrete and it loves going off on tangents that I’m not even sure if they relate to any of the episodes. I don’t even know if I even got the theme or the meaning behind each episode other than stuff happened for about an hour. With that said, I couldn’t stop watching because even if it’s hard to make cohesive and straightforward thoughts about a lot of this. It just works for some reason. I don’t want to go through a long think piece about what I think things mean, but I do know that some stuff did really connect with me in a way that I wasn’t expecting. Sometimes a thing just happens and it just works for you. It makes more emotional sense than actual concrete sense. It works the way the best kind of art should. It gets a reaction out of you even if the actual thing is too complex to put in words.

With Cooper’s arc being the main attraction, there’s a lot of suspense and tension to be had and it was what kept me going for the first 7 episodes. If it was just that and Part 8, this would be a masterpiece. Part 8, though, is on another level because it’s like Lynch is trying to outweird his usual weirdness, resulting in one of the most daring and ambitious hours in recent TV history. After that episode though, it does lose a bit of the momentum that it had going and seems to intentionally meander with a lot of different characters. There’s probably too much Audrey arguing or Lynch’s Agent Gordon Cole in a hotel room for my taste, although they still give strong performances here. It’s still worth watching after Part 8 (although I don’t know why you would stop) as there’s still a lot of intrigue and mystery that’s engaging. In the later episodes, there’s a lot of events that occur in the town of Twin Peaks that don’t always figure into the main story except for maybe what happens in the Sheriff’s Department and maybe one or two characters outside of that. It feels more like vignettes that are pretty entertaining as they do elicit some form of the specific emotion that it’s trying to get out of you. I think these are just there to add to some kind of mood piece in some way like the rest of the show. It sometimes feels like he’s reacting to the insanity that’s the world today and probably just life in general. I say that because some of it just feels like it’s coming from a true place, whether it be a detail, a tic, or an gesture of some kind. That doesn’t change the fact that this is still some very weird stuff that we’re seeing on screen and a lot of it’s hard to forget. Just don’t expect it to be exactly like the last two seasons and you’ll probably appreciate it more.

It’s the rare show that not only improves on what worked, but also manages to challenge and confound it’s viewers all at the same time in such an intriguing way that it’s becomes transfixing. It’s also weird how much your emotions can range from each episode’s uniqueness as you might be scared during one episode, while laughing during the next. In some ways, it still has that soap opera pacing the last two seasons had, but it’s so dense in its storytelling that it doesn’t feel like filler this time around. Twin Peaks: The Return is one of the most unique and creative seasons of TV in recent memory as it impresses with its unpredictability and manages to stick with you long after it’s over.

I am giving Twin Peaks: The Return a 4 out of 5 Hairpieces!