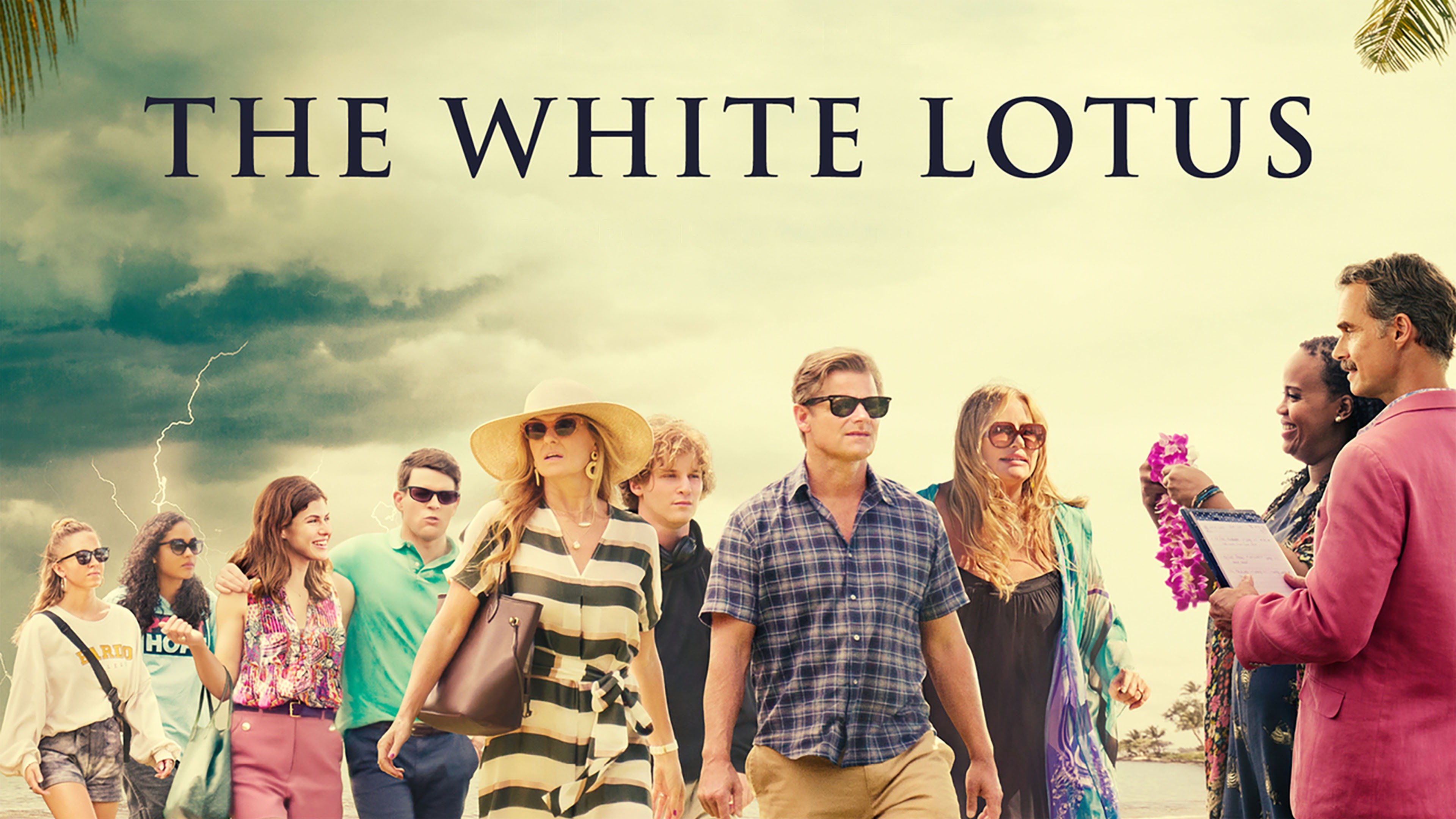 The White Lotus follows a group of people vacationing at a Hawaiian resort as they deal with various crises. The show is created by Mike White (of Enlightened and School of Rock fame), who also writes and directs all 6 episodes of this series. Its low stakes and slow pacing works out in its favor as it becomes increasingly engrossing as we get to know these characters and the issues they go through.
Among the people at The White Lotus are the Mossbachers, with husband and father Mark, who finds himself going through a health crisis that results in some big revelations that shakes his world. Steve Zahn showing up in a major role like this as Mark was a delight as he seemed to go under the radar for a while. He comes across as an easy going, well meaning guy at first until some new information about his family starts to result in him having an existential crisis. Zahn is able to balance his usual likable doofus persona with the personality of an out of touch privileged white guy to form a fully dimensional character that you’re not just there to hate. At least that’s what I thought at first until he starts to complain about these times and what he can and can’t do. Even still, he comes off as a very interesting character to watch despite how prickly the character becomes.
Nicole, Mark’s businesswoman wife (Connie Britton playing her typical well-meaning wife character but more superficial), tries to keep her family together while also managing her professional life on the trip. She’s not a big part of the show, but it’s very clear that she and Mark are perfect together as their problematic opinions help show a part of how privileged and out of touch these characters are despite their good intentions.
Olivia (Sydney Sweeney), their college age daughter, is the typical liberal white teenage girl. This is the kind of person my Mom would probably try to box if that was her daughter. She just always has to have the last word and talks back to her parents. Not to mention, she always has to talk about the concerns of the world to show liberal she is while lacking self-awareness of her own shitty treatment towards her own family. She’s so despicable that she makes her brother sleep in the bathroom just because she’s so annoyed with him and wants nothing to do with him. 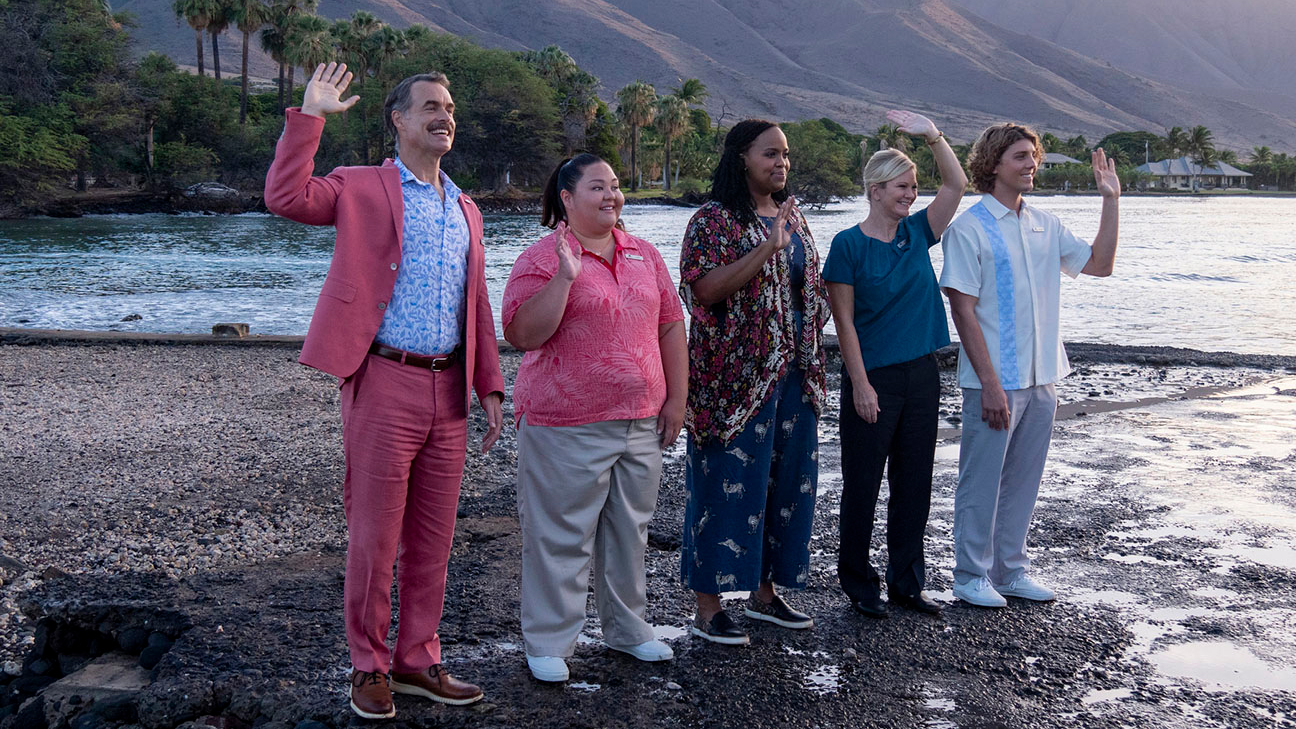 Her friend, Paula (Brittany O’Grady), comes along for the trip and basically just goes along with whatever Olivia says. She and Olivia find comfort in reading acclaimed books by acclaimed authors by the pool until one guy catches Paula’s eye and Olivia is having none of that. Olivia gets increasingly obsessed with Paula’s hookup that it starts to create unspoken tension between the two. This also made me think if this is going to get homoerotic and beyond at any moment because why she be so into who her friend’s sleeping with and not just do her own thing? The show sort of acknowledges it by the end even if it’s not a total payoff.
Paula comes across more sympathetic as she’s more self aware of the advantages she experiences due to her proximity to the Mossbachers and actually talks the talk of her understanding of privilege and the disadvantages that she and her vacation hookup (a Hawaiian who works at the resort) might have as people of color as opposed to Olivia. Things escalate in the later episodes as her perspective creates some tension within the family and how you might view her changes for a variety of reasons.
And then there’s their odd, electronic obsessed son, Quinn, who starts having these weird experiences with the beach as the girls have practically banished him from their shared room. Fred Hechinger presents Quinn as more layered and multidimensional with what he’s doing here. His arc goes past the moody, sullen teenager type he is in the beginning of the series and becomes an endearing coming of age story of a guy who falls in love with nature. It’s a weird performance but Hechinger nails it. He manages to make a potentially annoying character endearing and sympathetic.
Jennifer Coolidge is Tanya, a woman who lost her mother and has an incredible experience with the resort’s masseuse, Belinda (Natasha Rothwell), resulting in a new friendship. This was another arc that felt like it was going to get homoerotic but went in a totally different direction. There’s a whole thing where Tanya spends time with Belinda, who’s trying to get close to her to start her own massage business. They might be some of the few decent people on the resort. Belinda probably more so because while she’s trying to hustle, it’s coming from a place of survival rather than arrogance and privilege. Coolidge’s funny as she’s just always off in a harmless way but she somehow manages to bring an underlying sadness to a woman who’s a victim and a cautionary tale of privilege. You realize she’s just as out of touch as a lot of the residents at this resort but not in a malicious way.
Alexandra Daddario is Rachel, one half of a newlywed couple who struggles with her new husband’s expectations of what she brings to the relationship. She’s doing strong work in a role that manages to give her some challenges that I’m not sure she’s ever really given in her previous work. As a woman experiencing a new chapter of her life with unexpectedly unpleasant challenges, she manages to acquit herself well as a woman who finds herself in an existential crisis during her honeymoon. Her journey of self reflection made her sympathetic.
Her husband Shane (Jake Lacy) has some animosity with the hotel manager Armond thanks to a mix-up with their room that Shane won’t forget. The fact that Shane and Armond keep trying to put on a straight face while tiptoeing around their issues creates good tension to their scenes together. Lacy is doing unexpectedly good work for a guy that was just existing on shows for quite some time. There was probably always an asshole in this guy that casting directors didn’t let him utilize and he’s finally allowed to let those characteristics out on this show, which culminates into a wonderfully heelish performance. He’s such an asshole but he’s so enjoyable when he goes to peak male Karen levels in the many scenes where he gets visibly pissed off. 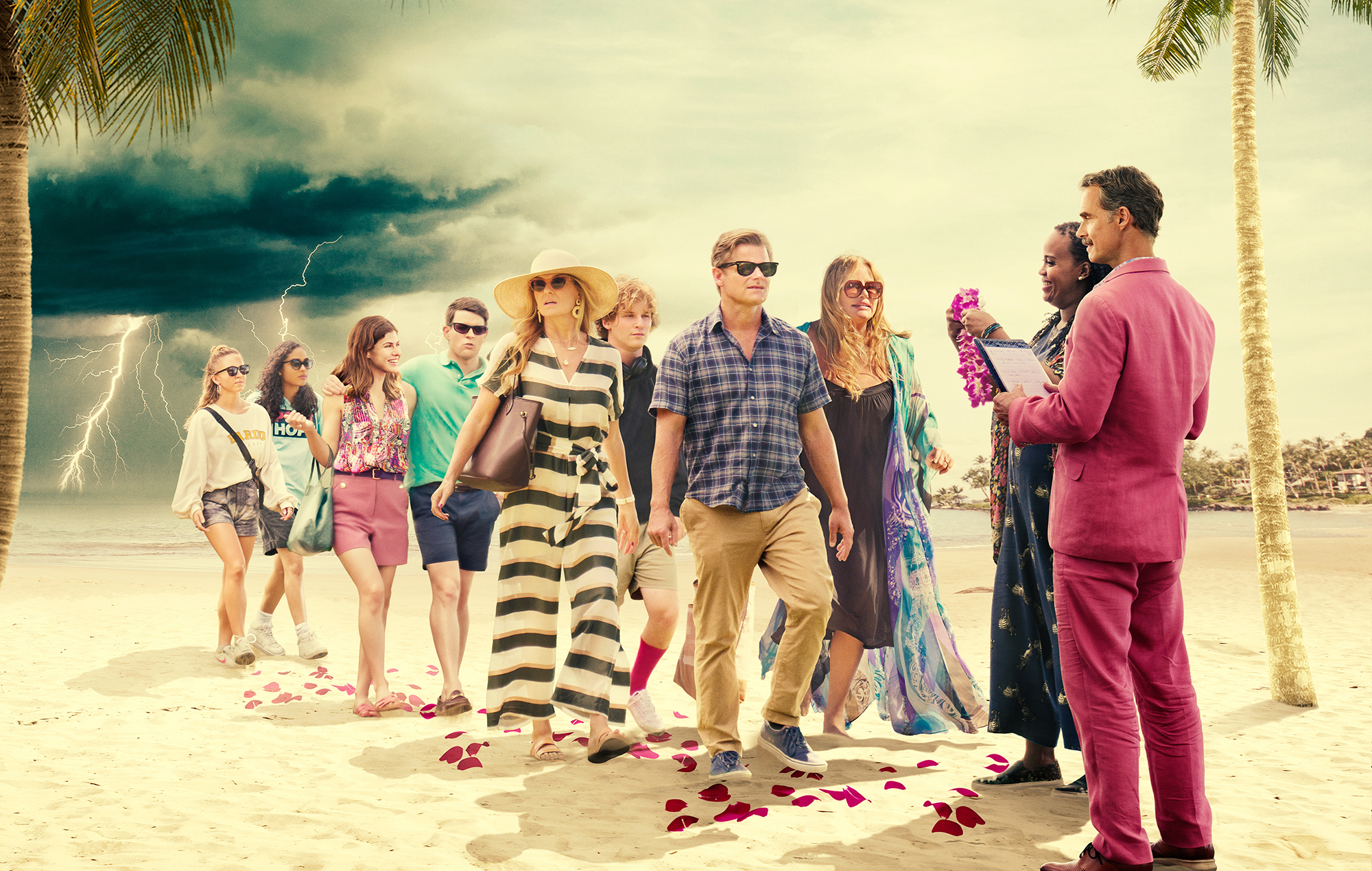 Murray Bartlett is the aforementioned manager Armond. He’s a new find for me but he’s great in the role. You get his situation as he has to take care of all these people like babies as he says. He constantly manages to please through this shiny happy facade towards these spoiled brats. But he also makes some horrible mistakes that even he’s hard to root for at a certain point. Yet the character is well layered enough that he becomes pitiable when you see what’s beneath his people pleasing persona.
Considering this was simultaneously a thirst watch for the trifecta of Daddario, Britton, and Sweeney and for Mike White’s writing, I was well served as all three offer fantastic performances in a well-written social satire. Most of the characters are not particularly likable but it helps to make their pain gratifying as it balances out with how good they have it. It’s like a slow moving car wreck that you have to keep looking at. Yet the show never manages to make these characters’ despicable natures the focus, but rather sees their actions as a symptom of bigger issues like class divides and the evils of capitalism. HBO continues to nail it out of the park with this incredibly self-aware and funny character study from Mike White.
I am giving The White Lotus a 4 out of 5 Hairpieces!
#TheWhiteLotus #TVReview