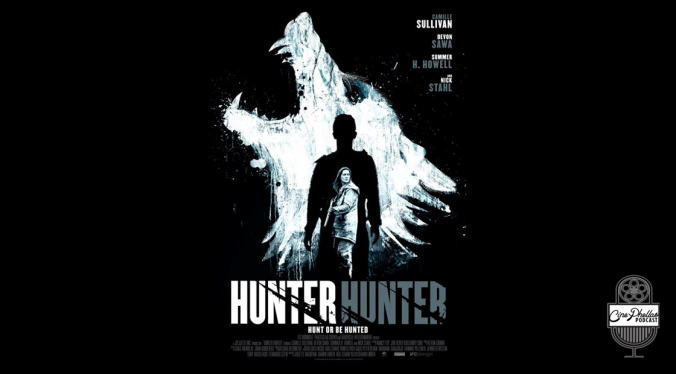 On episode 99 of the Cinephellas Podcast, Bob Ward talks to writer/director Shawn Linden about his newest film Hunter Hunter. They talk about making the film, revenge, and working with Devon Sawa. So take a listen, and do yourself a favor and catch Hunter Hunter hitting theaters, Digital, and VOD on December 18th.

“Joseph and his family live in the remote wilderness as fur trappers, but their tranquility is threatened when they think they are being hunted by the return of a rogue wolf, and Joseph leaves them behind to track it.”

Trick or Treat movie fans! We’ve got a digital copy of James Gunn’s @thesuicidesquad in 4K UHD to give away. Watch the video and find out how to enter and don’t forget to use #PhellasGiveAway .
On this episode of the ‘Cinephellas Podcast,’ @bpcomicsbob interviews @tarynmanning about her role in the new film 'Every Last One of Them' that was released on digital and VOD on October 22nd. They also discuss her band Boomkat, moonwalking, and more!
The '31 Days of Horror' continue as a road trip through Texas ends very badly for a group of friends who run into the chainsaw-wielding maniac Leatherface in 2003’s remake of ‘The Texas Chainsaw Massacre.’ Logan and Henry discuss the film and recall their experiences seeing the film when it opened.
“Fear is the mind killer.” The sci-fi epic @dunemovie from director Denis Villeneuve finally hit theaters and @hbomax over the weekend. Find out whether it was worth the wait in our review above. #Dune #DuneMovie #MovieReview https://youtu.be/73jqg1xKBSY
My Tweets