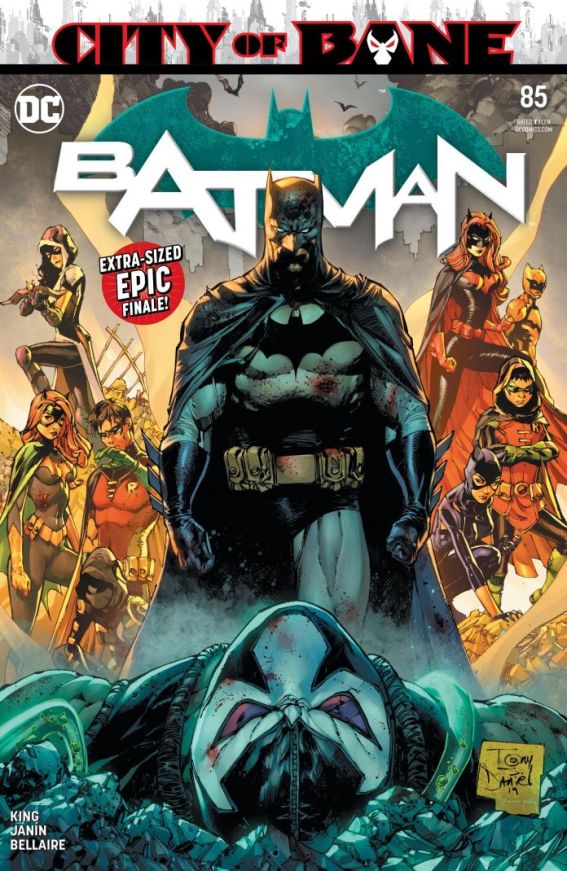 With issue #85, Tom King’s run with the Caped Crusader has ended. There have been mixed emotions around his exit. Some people are thankful because they felt he had run his course, but others enjoyed him and what he brought to the table. Personally, I loved (almost) everything that he did for the Bat. So here is my opinion on some of his hits and the rare misses. 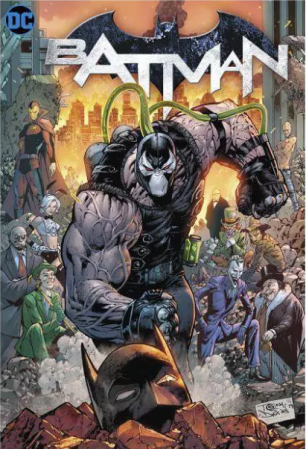 Over the years, Bane has been made into a side character, a side kick or just another villain’s muscle. Tom brought back Bane to his rightful spot. Bane is one of the rare villains who could beat the Bat both physically and mentally. He obviously can take Batman in a fight, with the venom–powered muscle, but he’s also one of the few people who can match the world’s greatest detective’s mental prowess. Stories with this version of Bane are always fun to read. As the reader, you are trying to see what the endgame of Bane’s plan is at the same time as Batman. These stories are filled with twists and unexpected team-ups. King understood the allure of Bane as a worthy villain, and he played with him so well that it leaves some pretty big shoes to fill for anyone wanting to bring him back. 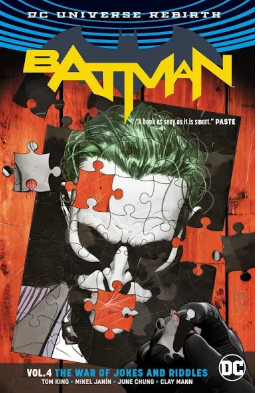 Hit: The War of Jokes and Riddles

If you’re like me and you enjoy a new and completely different story with previously established characters, then this story arc will hit the spot. The War of Jokes and Riddles finds a young Joker and Riddler going to war over who will control Gotham. This is in the early part of Batman’s career, and this battle becomes the biggest problem he has faced thus far. Almost all of Batman’s rogues’ gallery makes an appearance, as they’re forced to choose a side between the two criminal powerhouses. It’s one of the better stories, if not the best, out of Tom’s run, and that’s saying a lot considering what he brings to the table. 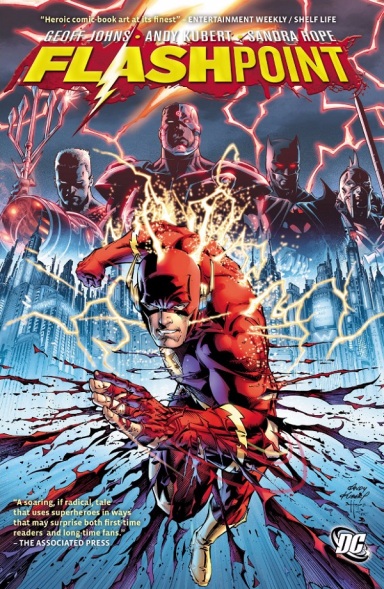 Flashpoint by Geoff Johns brought a great alternate universe that showed us a lot of “What If” stories. Perhaps the best and most memorable was the origin of Batman. Instead of Thomas and Martha dying in the alley, it was Bruce. This led to Thomas becoming Batman, and Martha, being overcome with grief and driven into madness, to become the Joker. But Batman’s origin story should be left alone, along with this idea. Tom swung for the fences and missed. In the final story involving Bane, Thomas is back to fight his son. Yes, Thomas Wayne set everything up to fight his son and reunite the family by digging up Martha and bring her back to life. This story was rough, like, REALLY rough. Tom tried to shock the audience by changing everything that we thought we knew about Thomas. It felt forced, though, and it didn’t connect on any level. 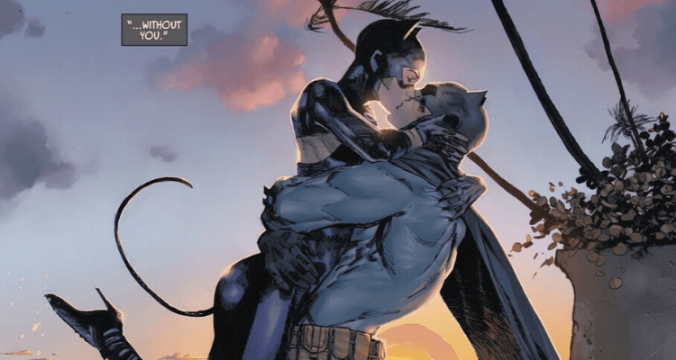 The Bat and Cat romance has always been around, whether it be subtle or, in this case, right at the forefront of the story. We, as the reader, have been repeatedly teased by the prospect of a wedding, but something always gets in the way and then the romance is over. We see a panel or two of the them staring into the sky thinking about each other, but that’s it. King gives us a very similar set-up, but the execution is new and refreshing. We get the same romance lead up, including the Cat shopping for a wedding dress. The wedding fails (obviously), but there’s a major change. I’m not going to spoil anything, but I truly loved the slight twist. 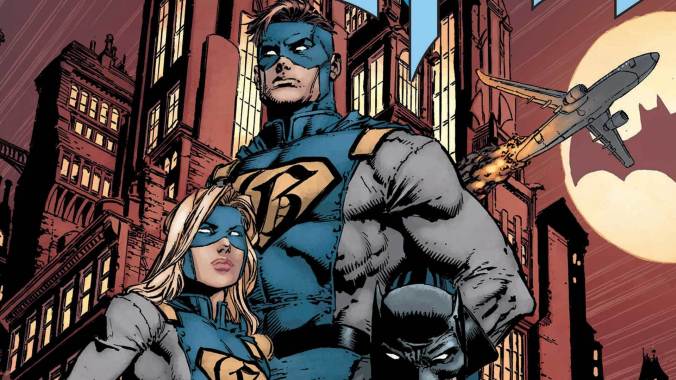 Now, I love being introduced to new players in a story. In this case, these new players are Gotham and Gotham Girl, a brother and sister who have super strength and the ability to fly. Batman becomes a mentor because they (like him) want to protect Gotham. You find out the source of their powers, and while they have a strong showing, it just feels like they were created just to have something shiny and new. 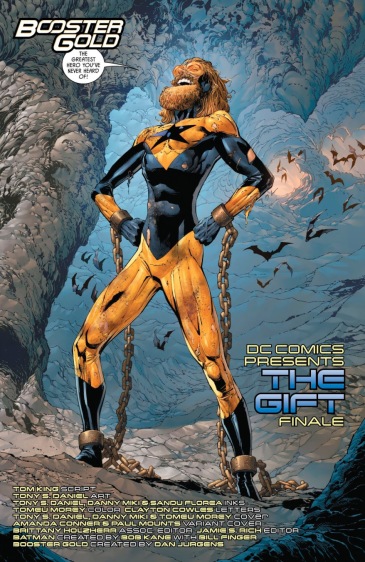 This might be an unpopular opinion and just because I’m partial to “the greatest hero you never heard of!” concept, but Booster is probably the funniest, well meaning, bumbling superhero of all time. If you don’t know who he is, please read his origin story. It’s great! In this story arc, he has decided to give his favorite superhero (Batman) an engagement present. In typical Booster-fashion, stuff goes wrong. Tom King THRIVES when writing for obscure characters or characters that people forgot about (e.g. Mister Miracle). This might not be a hit to most, but it’ll always have a special place in my heart. 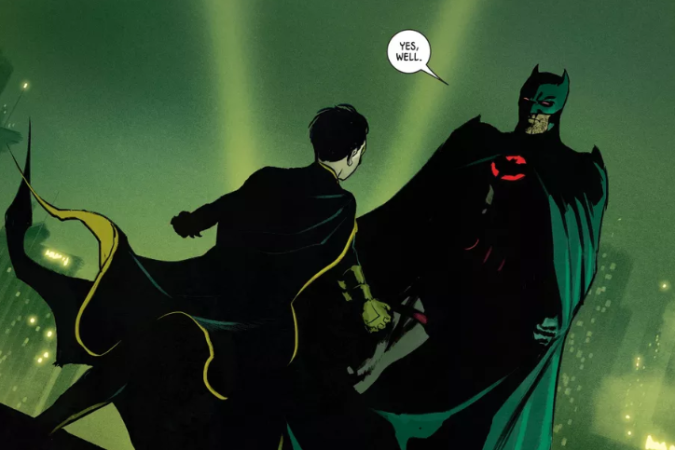 Again, I’m not going to spoil anything, but there’s a death towards the end of Tom’s run that shocked the comic world and Batman fans. While many hated it, I feel it was needed. We have grown accustomed to the same cast of these stories, the same villains and heroes. This death shook the same old cast to the core. I think the death needs to remain; it gives us a new feel.

Overall: 4 out of 5 Hairpieces!

I’m a fan of Tom King and have enjoyed most everything that he has written. When I heard that he was taking on my favorite comic hero, I was excited. In my review, I tried to be as objective as possible. I took a step back and looked as his run as a whole and didn’t try to focus on just one story. We got a lot of twists and turns along the way, and overall, it was enjoyable. A new creative team has since taken over and is trying to fill the big shoes Tom left behind, while trying to tie up some loose ends. I’m curious to see how they do.