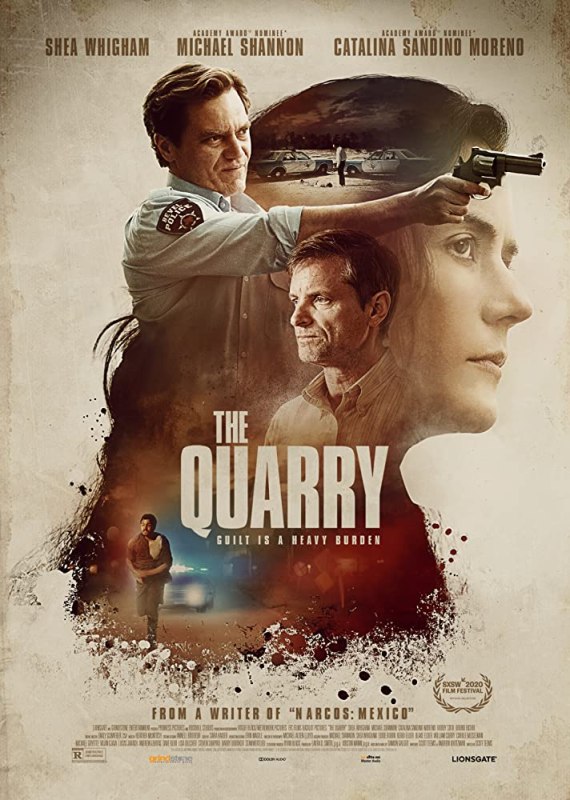 From the novel by Damon Galgut comes this searing thriller, a tale of sin and redemption set in the wilds of Texas. After murdering a traveling preacher, a fugitive drifter (Shea Whigham, Joker) travels to a small town and poses as the man he killed. Though the congregation loves the drifter’s sermons of forgiveness, the local police chief (Academy Award® nominee Michael Shannon, The Shape of Water) is suspicious of the man. Soon a gruesome discovery at a local quarry forces the killer to fight for his freedom.

Teems previously wrote and directed the award-winning feature film That Evening Sun, starring Hal Holbrook and Mia Wasikowska, which premiered at SXSW, where it won the Audience Award and Special Jury Award, then went on to win more than a dozen major awards at festivals across North America. It was a New York Times Critics Pick and was nominated for two Film Independent Spirit Awards.

THE QUARRY stars Shea Whigham (Joker, “Boardwalk Empire”), Michael Shannon (The Shape of Water, Nocturnal Animals), Catalina Sandino Moreno (Showtime’s “The Affair,” Maria Full of Grace), Bobby Soto (“Narcos: Mexico,” A Better Life) and Bruno Bichir (Sicario: Day of the Soldado, Che: Part One). The film was directed by Scott Teems (That Evening Sun) who co-wrote the film with Andrew Brotzman (Nor’easter). The film is based on Damon Galgut’s acclaimed novel of the same name.

THE QUARRY hits select theaters and on demand on April 17, 2020.