In 2016, writer and director Robert Eggers brought us The Witch. It was a horror tale about an evil entity haunting a family on their farm. Eggers was authentic with the words and dialect spoken by his characters, who lived in a 1630s New England. In his sophomore effort, Robert Pattinson and Willem Dafoe are two Maine lighthouse keepers whose mental states are tested as they are stuck in this remote and isolated place. As with the dialogue in the first film, Eggers’s choice to film this in complete black and white will probably push away many of the general movie going public. I am looking forward to what Eggers can bring to this project and what he can get out of Robert Pattinson, who not only is the new Batman, but has proven he is more than just a sparkling blood sucker.

For those who want their car films with some depth, comes a true underdog story. James Mangold, who breathed a grittiness into Logan, directs this period piece about two men trying to accomplish the impossible, having an American made car outrace a foreign one. Matt Damon and Christian Bale play the two men on a mission, with the latter being a hot headed, but gifted driver. The trailer showed off some impressive visuals and fast paced action. If anyone can translate the thrill of invention, innovation, adventure and speed, it’s Mangold.

7.  It’s a Beautiful Day in the Neighborhood

It’s no secret that Tom Hanks is not only one of Hollywood’s top actors, but also one of the most genuine. This fall he is set to tackle one of the world’s most gentle souls, Fred Rogers. For those of you born after the Rogers era, he was a man who exuded kindness and taught all the valuable lessons in life through the classic show “Mr. Roger’s Neighborhood.” Instead of making a straight bio-pic, the film examines the relationship Fred has with a reporter doing an expose on him. The reporter seems to be a broken individual who will get more than just his big story from the gentle soul. Hanks may not totally resemble Fred, but all that is important is that he captures all the goodness, which is a lot, of the man who affected so many people’s lives.

This year’s big political fall film will be about the women of Fox News who endured constant sexual harassment from not only their superiors, but their coworkers as well.   Nicole Kidman and Charlize Theron play former employees Gretchen Carlson and Megyn Kelly, who, along with Margot Robbie’s fictional producer, Kayla Pospisil, try to take down those who have done wrong to them and their fellow females coworkers.  Jay Roach, who directed Julianne Moore to multiple awards as Sarah Palin in 2012’s Game Change will try to steer the film to as much recognition and praise. Roach is working off the screenplay by Charles Randolph, who won the Best Adapted Screenplay Oscar for 2015’s The Big Short. While Kidman does resemble Carlson, you will do a double take looking at Theron, who not only looks like Kelly, but seems to have her mannerisms down to a T. The teaser trailer was short, but promises something special.

This isn’t an ironic pick or mistake. When you are a true fan of cinema, you love all sorts of films: from the Academy Award winning ones to the B-level trash. I’ve never seen the play, only know if its significance, so I am very curious about what Tom Hooper, who won an Oscar for The King’s Speech, will do with the material. On stage, the actors are covered with make up to make them resemble felines. In the film, Hooper has decided to take his cast, which includes James Corden, Judi Dench, Idris Elba, Jennifer Hudson, Ian McKellan, Taylor Swift, and among others, and use the same technology that James Cameron used to create the Navi ten years ago in Avatar. I won’t lie, the result is a bit jarring, but the project fascinates me. Hooper will either pull it off, creating something charmingly different, or this will be one of the biggest bombs in Hollywood history. One thing is for certain, having the dance choreographer from Hamilton, and its lead cat, being renowned dancer Francesca Hayward, shows at least the dancing will be impressive.   It is always fun when a movie, that you aren’t sure of, comes into the mix. 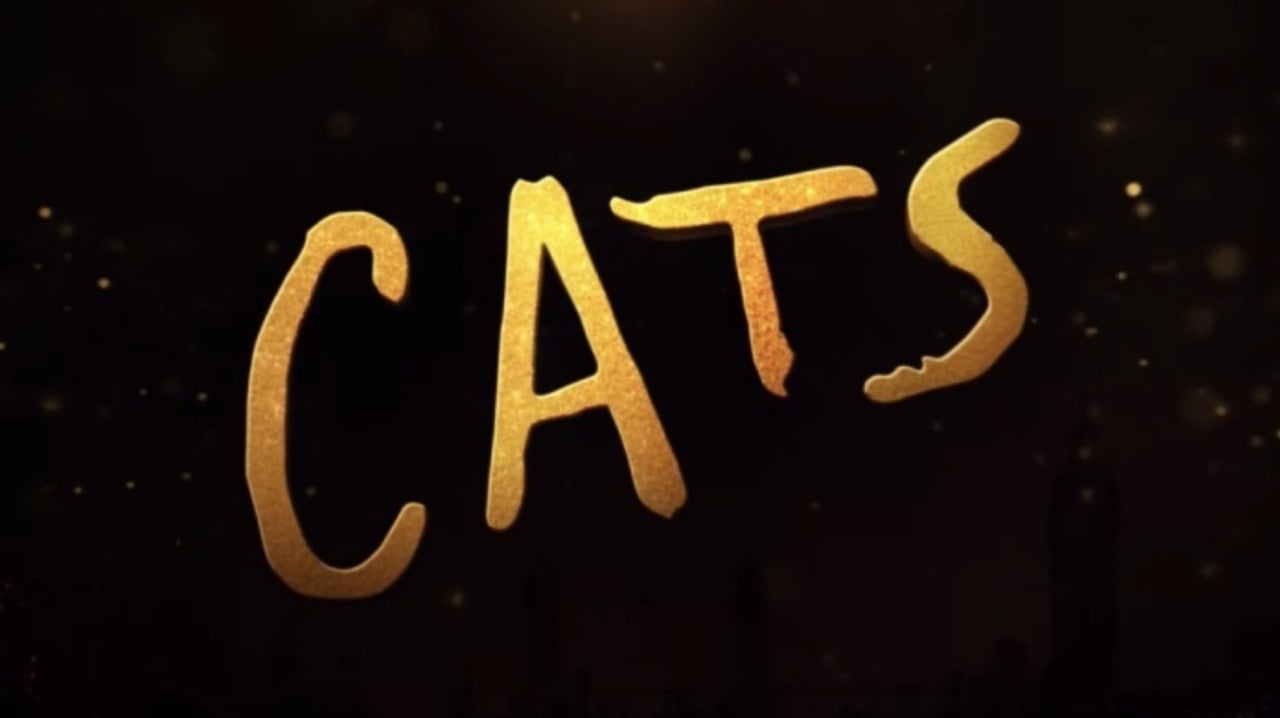 11 years ago, Stallone brought out another Rambo film that had something that most action movies since the 80s have lost…balls. There was no metaphor, underlining meaning, or feel good message. Stallone got back into character and just kicked ass for the entire film. You know what? It was one of the best movies of that year. I will never forget seeing Rambo rip a part a soldier with a gigantic gun firing off bullets without any mercy. This time, Rambo will be taking on the Mexican cartel, which will definitely rub the SJWs the wrong way, especially when there is a conflict going on at the border.   Action films of the 80s didn’t care about politics, or playing nice, they did exactly what they set out to do..have its audience members enjoy the carnage. Hopefully, Sly hasn’t lost a step and we will be in for a treat come September 20th.

Stephen King fans are about to have a fantastic fall with two famous properties coming to the big screen. Mike Flanagan, who gave us Netflix’s The Haunting of Hill House, is set to direct the sequel to The Shining. The innocent, but troubled Danny Torrance, who discovered he had the gift of the Shining, in the first story, has grown up to become an alcoholic, due to his gifts that constantly bring him face to face with the dead. That all changes when he must protect a young girl, who also has the Shining power, from a sadistic group of travelers who seek out similar powered children, steal the power, and then kill them. What excites me most about this project is how Flanagan will respect the characters as much as he will the horror like he did in Hill House.

What more is there to say about the biggest movie of the fall?  The first IT was a runaway hit that gave us a violent and worthy adaptation of King’s famous novel. Bill Skarsgard brought such a primitive energy to Pennywise. For the sequel they got some of Hollywood’s best actors, such as Jessica Chastain, James McAvoy, and Bill Hader, to portray the older versions of the children from the first film. The trailers were full of nightmarish visions, specifically that fun house scene. Director Andy Muschietti has been given more money and control this time, so how far does the rabbit hole go, especially since this one will deal with more supernatural elements involving how to defeat the evil clown.

The last time we saw the Prince of Crime, Jared Leto gave us something so forgettable and bland, even though he thought it was daring. After 2008’s The Dark Knight, what actor would be brave enough to follow Ledger’s footsteps? Enter Joaquin Phoenix, one of the industry’s most gifted actors. Based upon the two trailers, he is giving us something that both respects the character and separates itself from Ledger. This film is more of a character study, so this film will really rest of his shoulders. Based upon early reviews, it seems like he has knocked it out of the park. On top of the performance, director Todd Phillips, has grounded this story in reality which makes the themes of corruption and decay feel more real. This is a Gotham that is fully realized and feels like it existed. If they pull it off, which it seems like they have, we maybe looking at a classic.

Scorsese + crime epic + Deniro, Pacino, Pesci, Keitel = that’s enough of an explanation why this is number one. 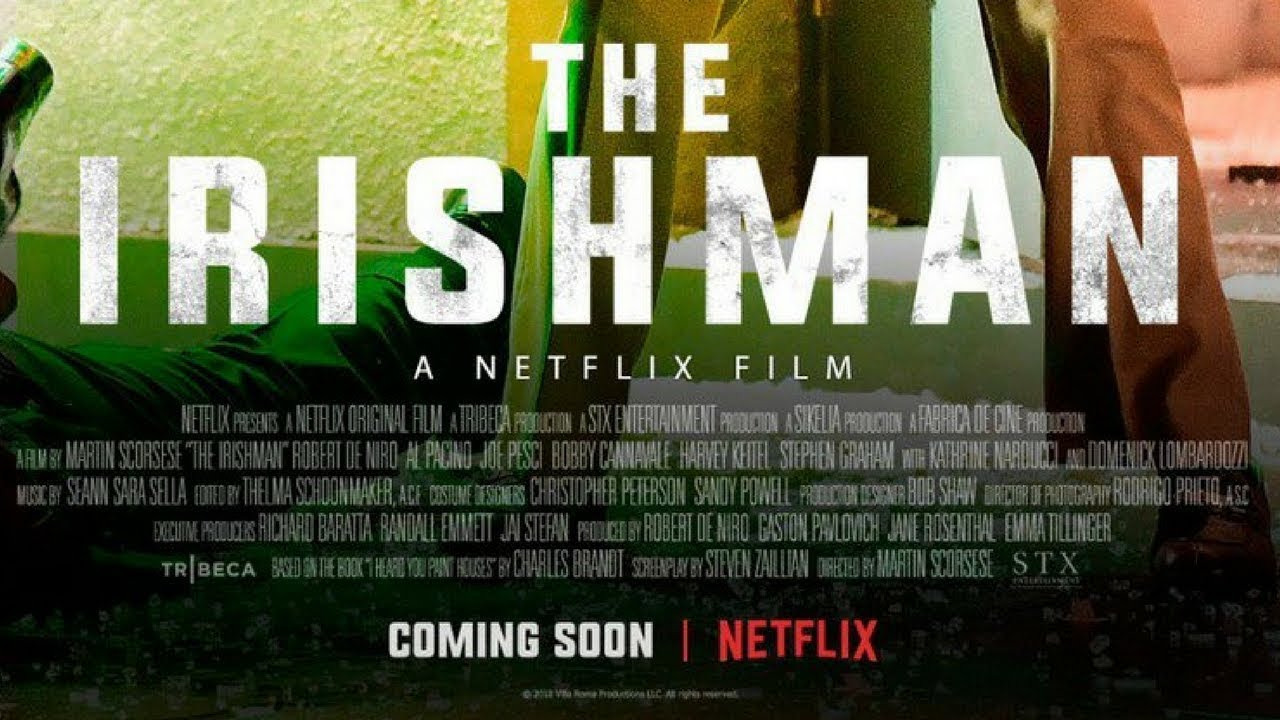