“Stan and his best friend Dommer have put up with bullies their entire lives. All of that changes when Stan discovers he has a murderous vampire living in his shed. Seeing the bloodshed and destruction the monster is capable of, Stan knows he has to find a way to destroy it. But Dommer has a much more sinister plan in mind.”

END_OF_DOCUMENT_TOKEN_TO_BE_REPLACED

There’s a lot of value in a name, if I see a movie called Hobo With A Shotgun, I know that I’m probably in for something violent, something ridiculous, and something fun. Or if I see a movie called 2 Fast 2 Furious, I know it’s probably “Dude-Bro Dog-Shit.” So when I got the chance to watch a movie called The Man Who Killed Hitler And Then The Bigfoot, I had all kinds of B-Movie ideas in my head about what it could be. To my surprise, the film is actually a reflective look on one man’s amazing life and the decidable un-amazing place he’s found himself in his old age. And I’m not sure how I feel about that, it’s not that the film wasn’t what I was expecting it to be, and the film itself didn’t know what it wanted to be.

END_OF_DOCUMENT_TOKEN_TO_BE_REPLACED 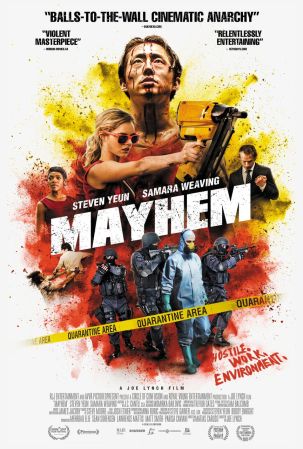 END_OF_DOCUMENT_TOKEN_TO_BE_REPLACED

Estranged sisters – Kate and Angie – haven’t spoken since Angie went to college and left Kate to care for their ailing father. In a show of reconciliation, several years after moving out, Angie invites Kate to her bachelorette party held at a remote house booked on a home-sharing app. The women are unaware that by booking this house, they’re walking into a trap set in motion by a disturbed family of amateur killers who are out for blood to right a cosmic wrong. They soon become unwitting participants in a savage and often ridiculous life-or-death struggle that pits family against family, and past against present.

END_OF_DOCUMENT_TOKEN_TO_BE_REPLACED 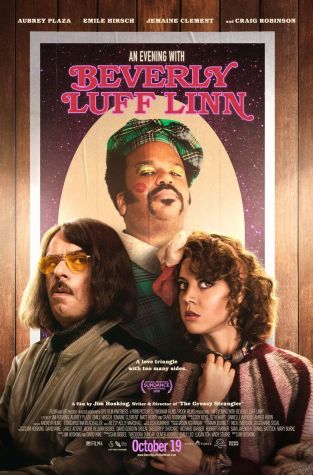 “Lulu Danger’s unsatisfying marriage takes a turn for the worse when a mysterious man from her past comes to town to perform an event called “An Evening With Beverly Luff Linn; For One Magical Night Only.”

END_OF_DOCUMENT_TOKEN_TO_BE_REPLACED

Sequels are a disease…..meet the cure! Logan Myerz reviews the sequel film Another WolfCop that is now available on Blu-Ray, DVD, and Digital HD.

Check out our full interview with director Lowell Dean and actor Leo Fafard.

“Alcoholic werewolf cop Lou Garou springs into action when an eccentric businessman with evil intentions seduces Woodhaven’s residents with a new brewery and hockey team in this outrageous horror-comedy sequel.”

When it comes to sequels, especially in the horror genre, the second installment can either make or break the franchise. There have been many films that surpass the original in many ways, such as Evil Dead 2, The Conjuring 2, and even Aliens. And many films that killed off the franchise before it really took off, such as Blair Witch 2: Book of Shadows. As a filmmaker, it’s a chance you take to continue with the storyline and capturing what happens to the characters in the next chapter.  Do they live or do they die? More importantly, does the sequel capture the chemistry and tones that made the original movie so compelling?

I had the chance to interview the director, Lowell Dean, and the alcoholic werewolf himself, Leo Fafard, about Another Wolfcop, the sequel to the 2014 underground smash hit Wolfcop. With a title like this and the films poster (a take on Sly Stallone’s Cobra), you know you’re in for some laughs, thrills, and a downright good time. Another Wolfcop is a sequel film that I’ve been awaiting since the original and can honestly say I enjoyed it more than the first movie. Today, I spoke with Lowell Dean about the continuation in this franchise, the challenges, and the process of making a sequel film.  And with Leo, I found out what it’s like playing a werewolf, being doused in buckets of blood, and being banned from the U.S.

Sequels are a disease…..meet the cure!

END_OF_DOCUMENT_TOKEN_TO_BE_REPLACED

A year has passed since the dark eclipse transformed hard-drinking Officer Lou Garou (Leo Fafard) into the infamous lycanthrope crime-fighter. Although the evil that controlled Woodhaven was defeated, the community is far from returning to normal. A villainous entrepreneur (Yannick Bisson) is looking to open a new brewery and revive the local hockey team, but it’s clear he has ulterior motives. With a new mayor (Kevin Smith) and the new chief of police (Amy Matysio), WolfCop has his work cut out for him when he has to save the town all over again.

END_OF_DOCUMENT_TOKEN_TO_BE_REPLACED

Who Gets to Call it History?

Director Piotr Szkopiak on the set of The Last Witness

History is written by the victors and those with power. Significant events in the lives of ordinary citizens often go missing from news reports, calendars, and textbooks. But May 11th, 2018 was a monumental date. The Last Witness, Polish-Anglo writer and director Piotr Szkopiak’s second film, opened in Poland that day. Red carpet arrivals and press coverage mattered little compared to the importance of Szkopiak’s mother being present to watch the film.

END_OF_DOCUMENT_TOKEN_TO_BE_REPLACED

There’s a full moon out tonight for the ’31 Days of Horror’ as we review the classic werewolf movie from 1981 'An American Werewolf in London.' So keep off the moors. Stick to the road, and the best of luck. #AnAmericanWerewolfinLondon #31DaysofHorror #moviereview https://youtu.be/FPzbK38UYuE
Hi, I’m Chucky. Wanna play? We’re back for more ’31 Days of Horror.’ A single mother gives her son a doll that is possessed by a serial killer in 1988’s ‘Child's Play’ . Check out our review, if you dare! #chucky #moviereview #31DaysofHorror https://youtu.be/qMUNeBSY7Dg
It’s the #31DaysofHorror here at Cinephellas, and that means another killer movie review! The killer orphan Esther gets an origin story in this bloody prequel to 2009’s 'Orphan’, titled 'Orphan: First Kill.' #OrphanFirstKill #Orphan #MovieReview https://youtu.be/yUOXc2i309E
We're checking out #HocusPocus2 that's streaming on @disneyplus . Our full review will be up this month for #31DaysofHorror 🧙‍♀️🧹🪄🐈‍⬛👻🎃
My Tweets