In the last seventeen years, we have had three different iterations of the Caped Crusader. From 2005-2012, director Christopher Nolan, and his Batman, Christian Bale, delivered us an extremely grounded tale of one man’s fight to keep his beloved city safe.  Then there was the whole debacle with director Zack Synder, and his Batman, Ben Affleck, that alienated many fans. Batman was more of a supporting character in those films. Affleck tried to do a solo project, but that fizzled out. Now, director Matt Reeves, who gave us 2 out of 3 of the current Planet of the Apes films, steps up to the plate, along with Robert Pattinson, who becomes “The Batman.”

Corruption, crime, and murder run rampant through the city of Gotham. Gang members prey on the weak but falter when they see the famous bat signal shining in the sky. For two years, criminals have cowered to the fear of the man known as “The Batman.” He is only trusted by James Gordon, a cop who is believes, against everyone else’s wishes, that he is here to help.  Together they must stop a serial killer known as “The Riddler,” who is targeting Gotham’s most powerful elite, and leaving clues and riddles behind at the crime scenes. The clues seem to lead to the powerful mob boss, Carmine Falcone, along with his righthand man, “The Penguin.” How are they involved?  What does the mysterious Selina Kyle, aka “Catwoman,” know that will help bring forth the answers?

The big question is, what does Robert Pattinson bring to the role?  When he is in that cowl, he is imposing, mysterious, and frightening. This is a Batman who is even more damaged than the previous ones. The standout quality here is that he is a terrible Bruce Wayne. While this is a legit criticism, it is one that misses the point of what Reeves and Pattinson are doing here. The growth of the character, into the billionaire playboy we know, will be part of his journey. It is an interesting choice that Reeves makes here that is part of many in this film. A funny observation is that everyone around Batman is using the gravelly voice but him.  Pattinson adopts a quiet whisper that is a welcome change from the usual raspy sound of the character. Additionally, much of Pattinson’s acting is through facial performance. This decision is a double-edged sword. There are times when Pattinson doesn’t need a hefty dialogue, but communicates much through a smirk, grimace, or a hard stare. Other times, it comes off as a bit comical. There is a scene where Bruce, while hanging out in his mansion, puts on sunglasses. The straight face nature of Pattinson, with those shades on, is unintentionally hilarious. It feels like something that an adolescent would make a meme out of. 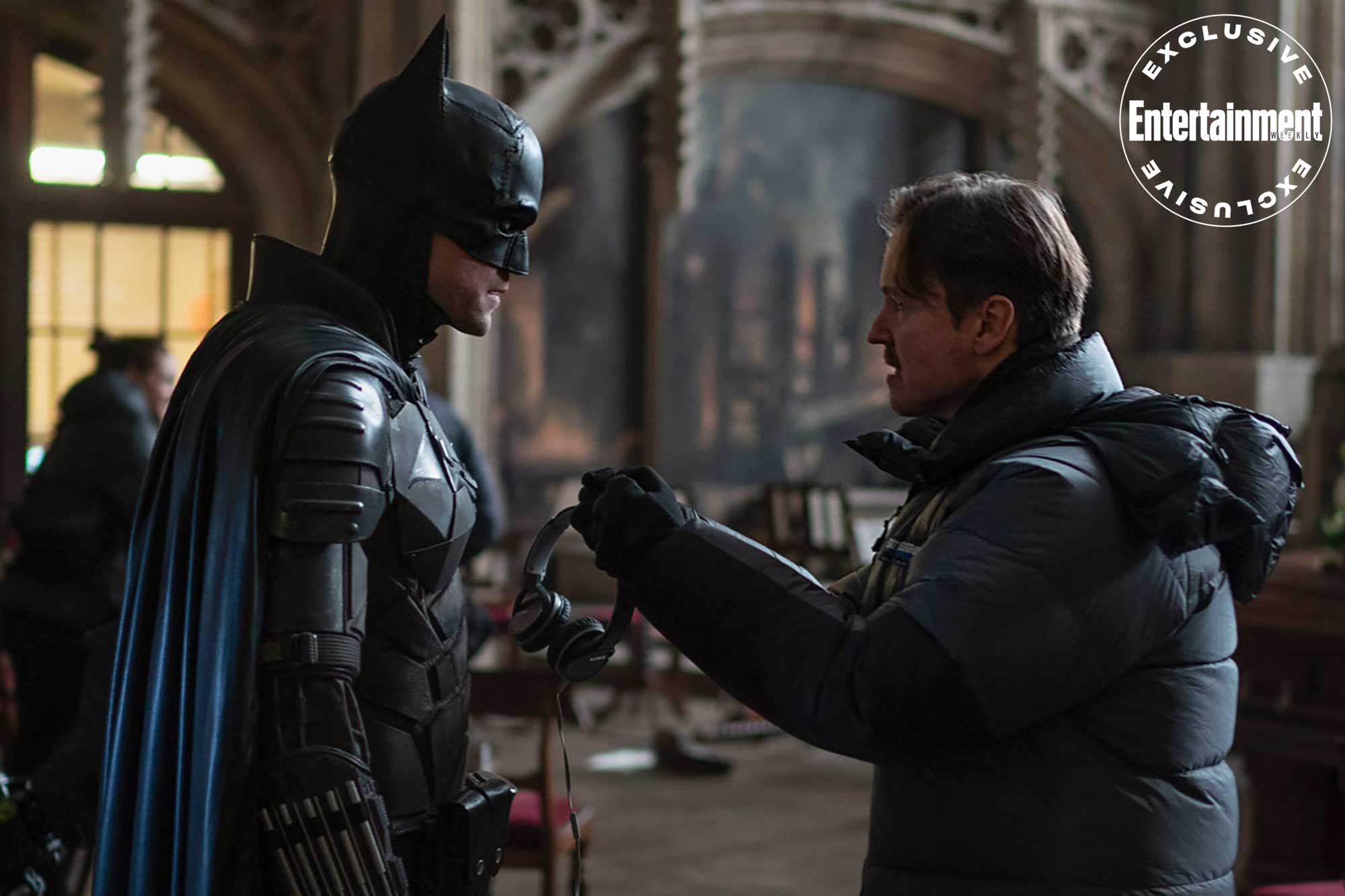 Pattison does have a solid ensemble of actors surrounding him.   Since this is year 2, the emotional connection has already been established between him and Gordon. The two have a chemistry of two grizzled cops, with some solid dialogue strengthening their bond. One hilarious back and forth reveals Gordon’s feelings about Batman’s no gun policy. In the fourth version of the character, Zoe Kravitz adds a sultriness to the character that feels both vulnerable and dangerous at once. Plus, she looks great in the outfit. As the film’s central villain, Paul Dano is a bit over the top as the Riddler. Unlike the old 1995 costume, with the question marks scattered across tight spandex, this version is reminiscent of the real-life Zodiac killer. Dano recites the dialogue through a mask, which makes his muffled voice even more unsettling. He does chew the scenery a bit, but he is a good villain to fit the feeling of this atmosphere. The performance of the film belongs to Colin Farrell, who is buried behind prosthetics to bring to life the Penguin. Farrell seems like he is having a great time with the role. The character is getting his own HBO Max spinoff which will help expand the character’s story. Any additional time with this interpretation of the famous character should be a blast. The only underwhelming part goes to Batman’s loyal butler Alfred. Andy Serkis is fine, but the character isn’t as impactful as Michael Caine’s. Again, as with Bruce, it feels like the character will become more substantial as the sequels begin to come out.

While the film can feel a bit long in the tooth, it differentiates itself from Nolan’s version and the MCU. One of the main problems with the previous attempt was it was too concerned with building a cinematic universe instead of telling a good story.  Reeves has gone on record saying that he has no desire to do that, but to instead tell a good story. For the most part, he succeeds.   With a run-time fifteen minutes away from three hours, Reeves uses this time to tell a well thought out story about the corruption in Gotham. Out of all the versions of Gotham, this one has the most character. It feels like a city that is both lived in and has the aesthetics of one you’d see in a comic book. Greig Fraser, who added so much like to last year’s Dune, paints a beautiful picture of a city on the brink of collapse. Additionally, composer Michael Giacchino delivers a career best with this film. The score adds to the weight of the characters and the overall noir feel Reeves has chosen to give this film.

The Batman is something that feels entirely of its own and exciting all at once. Does it feel a bit too overstuffed at points? Yes, but it is extremely ambitious and swings for the fences in everything it sets out to do. It doesn’t play it safe, and you have got to admire that in a big budget commercial film. The only gimmick here is a well told story brought to you by an accomplished film maker with one hell of a crew.

I am giving The Batman a 4 out of 5 Hairpieces!

Check out Kevin’s video review of The Batman below.