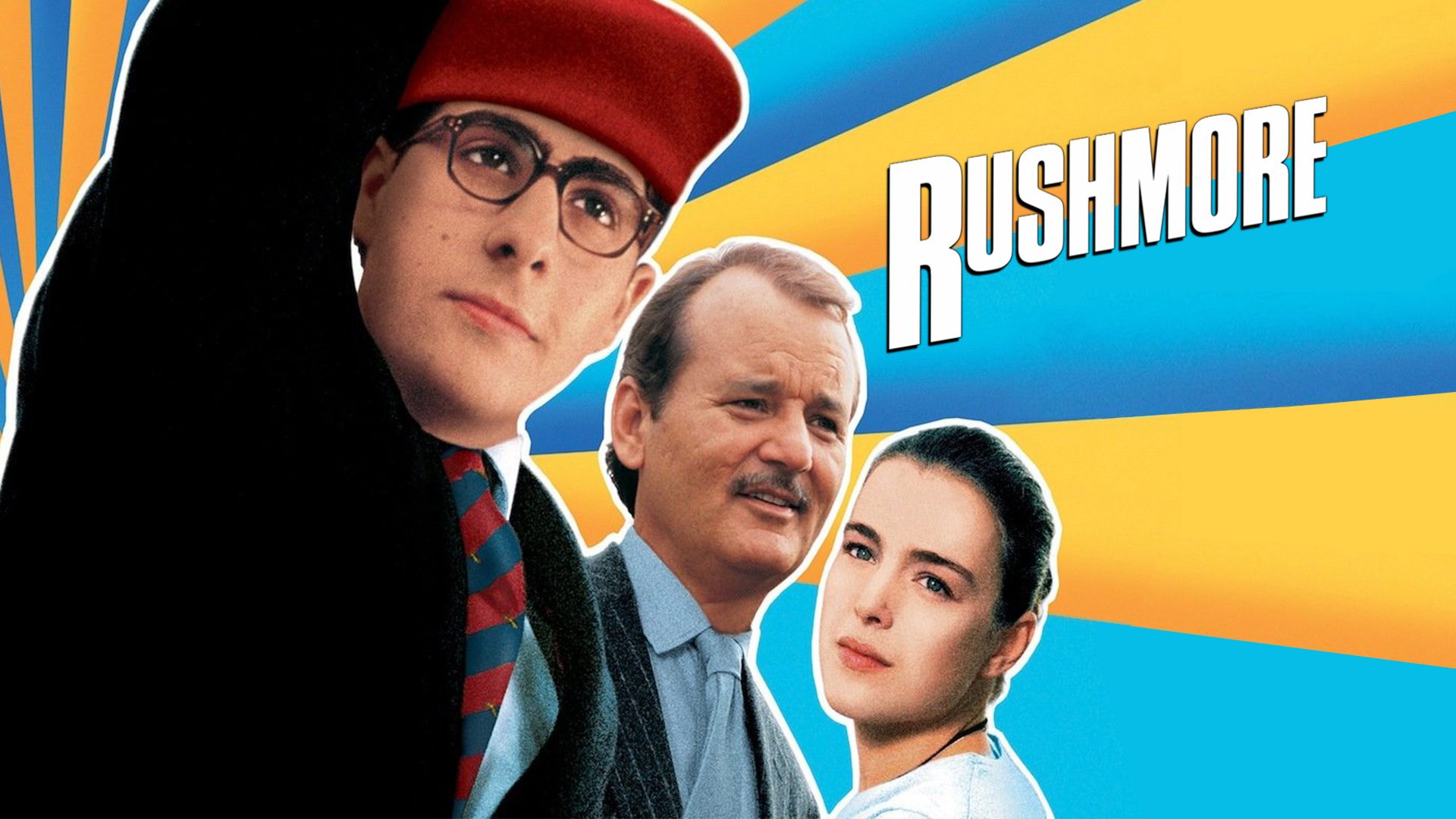 If you’ve ever been a 10-year-old who felt they outgrew Disney or that you were more mature than most kids around you, then Rushmore is the perfect movie for you. I grew up watching it on Comedy Central for years and it was at a perfect time in my life when my parents were getting divorced and I was starting middle school. I didn’t really have many people to lean on so Wes Anderson’s distinctive style spoke to me for many reasons. I felt Rushmore was a good version of a ‘90s teen movie filtered through a very reserved but adult lens. It feels like a prototypical high school movie but its unusual tone sets it apart from other movies like it. A lot of this is what has kept me coming back to it over the years and shows why Wes Anderson is still the best to ever do it.

I love the cinematography, the soundtrack choices, and the muted line deliveries. I get that these things can distance it for other people but it’s unique when you see it in your formidable years of your life. I remember not liking it the first time, but I just kept coming back to it. It didn’t hurt that a fellow Houstonian, Wes Anderson, made it in the actual city of Houston.

The relationship between Jason Schwartzman’s ambitious high school student Max Fischer and Bill Murray’s successful but unsatisfied businessman Herman Blume make for a very interesting duo. It’s already a strange pairing due to their clearly different backgrounds (age, class, financial status), but it’s clear that these two really get each other. As their friendship blossoms and gets complicated by their crushes on Miss Cross, it’s clear that these are two ambitious but sad men who connect because they admire what the other is doing. It’s clear that they’re all about business and the level of ambition is similar because they’re essentially the same person. What makes it interesting is how childlike things get when a woman gets involved. You’re not really wondering who’s going to get with her so much as you marvel at how dumb and juvenile things get when you start feeling feelings for a woman. The way it resolves is sad, especially for Max, because those first infatuations hurt the most. He’s a jerk the whole movie but I relate so hard to his connecting with Miss Cross. I’ve had a list of unrequited loves that could rival the amount of canceled Fox shows, so I couldn’t be more understanding of what Max was going through. 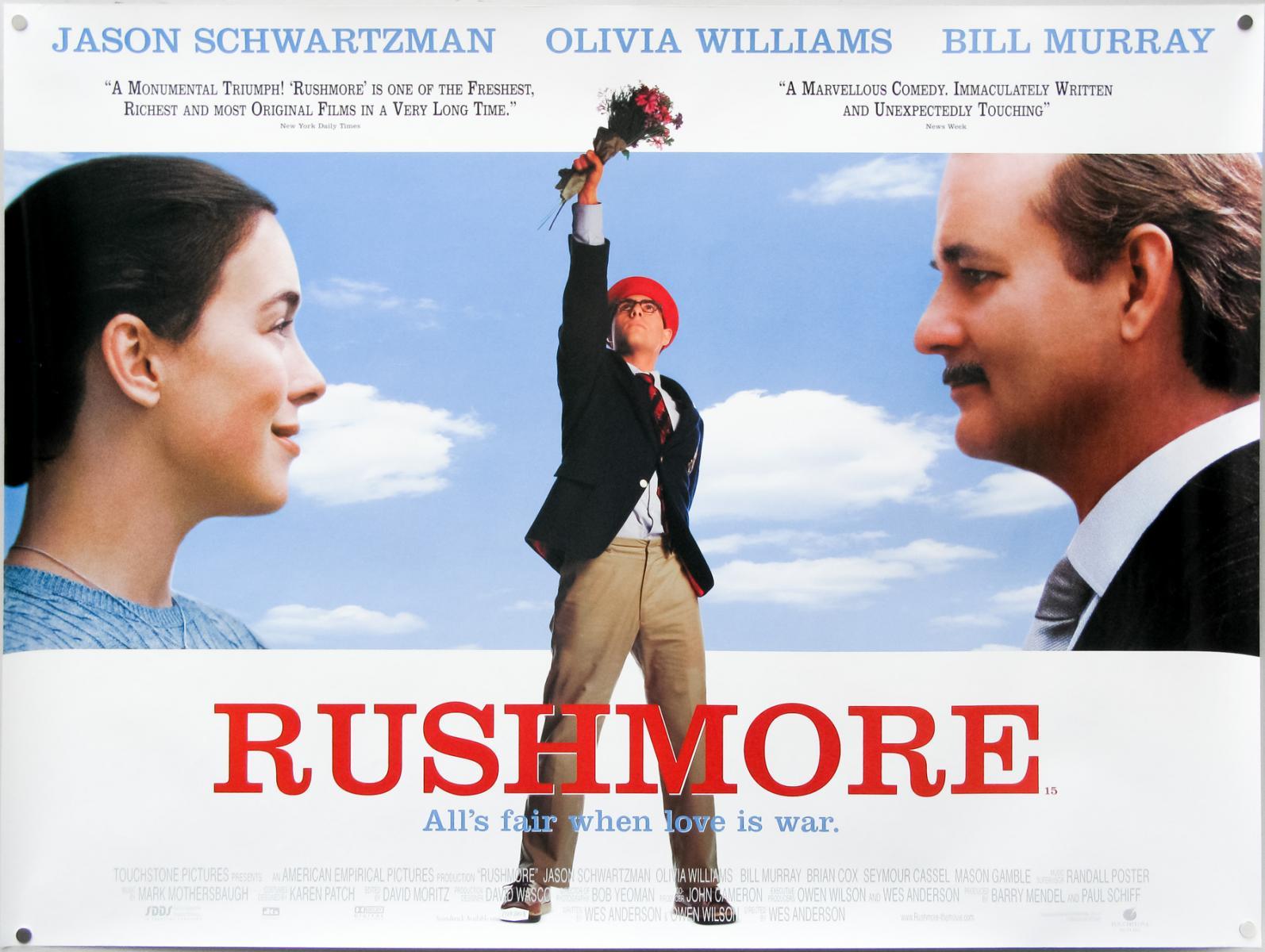 Max, for a lot of the movie, is who I aspired to be in my preteen years: A sole genius in a room of dunces. I admired how his brain worked because it’s how my brain kind of worked like his where if I was given the resources, I too would write a hit play based on movies and aesthetics I love. Except instead of Serpico, it’d be Munich, probably. He’s pompous and obnoxious but he’s a kid at an elite academy, so that’s to be expected. When he meets Miss Cross, he clearly bonds with her over pain, him with his mom and her with her husband. The moment where he jumps over the fence by his house to go to the cemetery and it turns out it’s where the mom is! As much as he could be punchable, scenes like that and the moments with his barber father help to humanize him. The fact that he’s so smart yet is failing out of his classes showcases how he’s not as clever as he thinks he is. Nevertheless, I lived vicariously through him growing up because he’s doing things I only dream of doing. If he won Miss Cross, then that would be a win for us misfits. But that’s ridiculous in retrospect. Because in reality, people are people and life doesn’t sort people in boxes and I wasn’t owed any so-called wins. In real life, sometimes people get hurt and lose. Anderson gets the pain that kind of heartbreak can bring as you’re growing up.

With its gentle, restrained tone and the sense of childlike wonder Anderson allows the characters to indulge in, it makes this movie a perfect gateway for a certain kind of child who’s just learning about the world and just realizing how much it can kick you in the balls. As someone whose life was sucking at the time, it was nice to see a movie that shows the messiness of being smart and being a kid even when you have advantages. It shows that things in life won’t always have clean solutions, but you’ll still find ways through it.

I am giving Rushmore a 5 out of 5 hairpieces!