With the pandemic ending, more and more people are starting to rejoin society, and many cities are ready to welcome back their citizens. New York has always been a place popular in both film and the real world. Even the most basic film fan can name one iconic scene from a favorite film that takes place in the Big Apple. Hardcore cinephiles can even name directors that center their stories in the city that never sleeps. Recently, Lin-Manuel Miranda put the spotlight on the Upper East side with Official. In the new film Dating and New York, we are once again presented with a love story between two 20 somethings that unfolds in the unforgettable city.

The concept of modern dating, specifically finding your soulmate online, is what sets this film apart. The opening credits set the tone with paintings of the locations within the film set to a classic love song. After that, it drops us into the modern world of love.   Milo and Wendy have swiped right on each other, and after one date, go right into the bedroom. After that, they decide that they will be friends with benefits, while guiding each other through the game of love. As with any film you know where it is going to go.

Above all, the film is a showcase for the two lead actors Jaboukie Young-White and Francesca Reale. The chemistry between the two works, even though it possesses a more light and fun type than a raw and gritty sexuality. Fortunately, for them, this isn’t that type of film, but one that welcomes the meet cutes, quirkiness through dialogue, and an overall adorable nature. As Milo, Young-White is more of the needy one in this relationship. He needs the cuddles, kisses, and security that comes with a union. The actor’s presence is soft and comforting, which makes you forgive when he acts like an immature jackass. Wendy is the colder of the two, who can’t be bothered with love and all the icky emotions that come with it. Reale’s expressive big brown eyes help her communicate the inner hurt that Wendy is hiding. 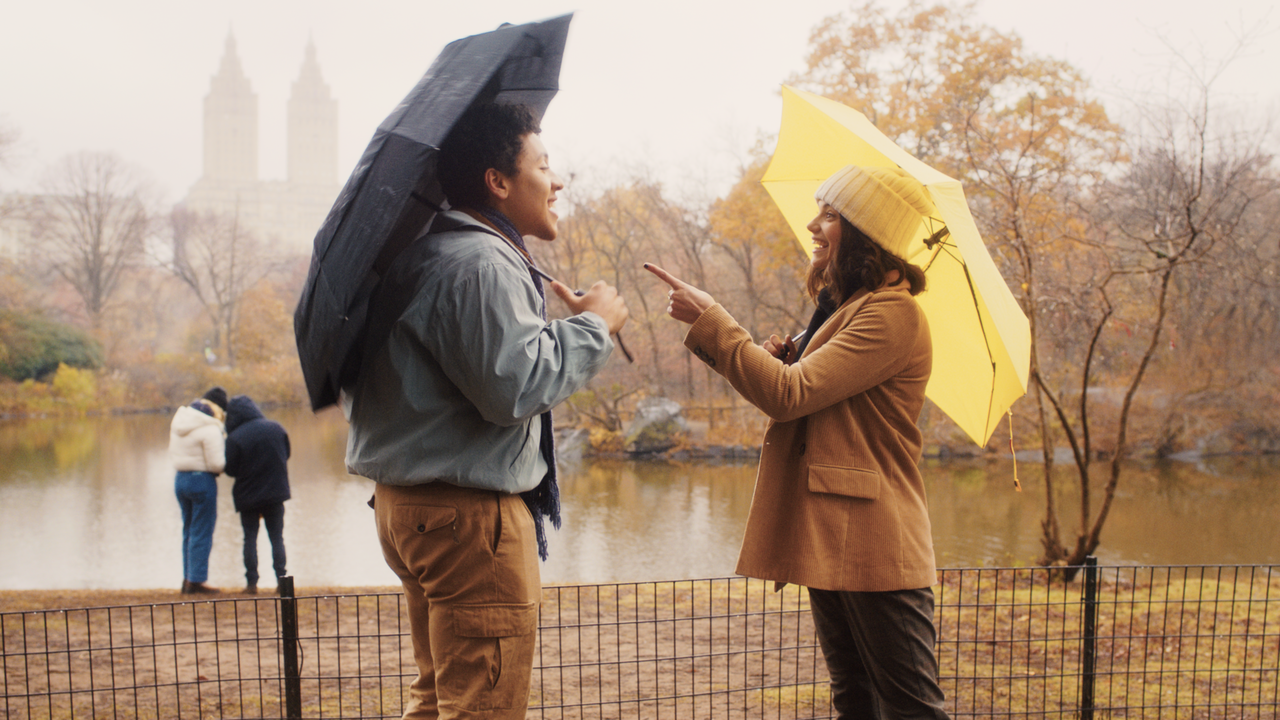 Jonah Feingold, who directs his own script, also uses this film to put a lens up to the modern world of dating. The development of internet dating apps has made courting somewhat impersonable. Feingold does give some insight on this, but doesn’t go too deep into the subject, since it would betray the lightness of his film. The film’s dialogue is what non-New Yorkers think we all talk like. Feingold is trying to make it stand out and act as a homage to many of similar films before it, but it does come off clunky at points. It feels very much like sitcom dialogue. At times, Reale and Jaboukie-Young can make it work, but for most of the film, it just feels false.

Dating and New York is a film that  is completely light on its feet. Even though it is full of cheese, it is a harmless film full of good-looking actors who play into the corny feel of it all.

I am giving Dating and New York a 3 out of 5 Hairpieces!

The film will be released on September 10th.

In @predator 2, the setting moves from the jungle of Central America to the urban jungle of Los Angeles as Danny Glover battles the #Predator in the midst of a gang war. Watch our review of the 1990 sequel and don’t forget to click subscribe.
A team of mercenaries led by Arnold Schwarzenegger embark on a rescue mission deep into the jungle and encounter an invisible monster that is hunting them in 1987’s @predator . Watch our review now and don’t forget to click subscribe. #Predator #MovieReview #RetroReview https://youtu.be/sDm2HFQbtXc
Your two favorite animated idiots are back to score and kick each other in the nads on @paramountplus @beavisandbutthead . Watch our review of the first two episodes now and new episodes are released every Thursday on the streaming service. #BeavisAndButthead #TVReview #paramountplus https://youtu.be/K2T4SpbVCqA
Kevin Bacon returns to camp and the slasher horror genre in the new @peacocktv original 'They/Them.' Check out our review of the film now that’s currently streaming. #TheyThemmovie #TheyThem #moviereview https://youtu.be/6FzbeOJH81c
My Tweets