After a long successful run on the television series Bates Motel, actor Freddie Highmore is back in ABC‘s The Good Doctor.

The good news is that Highmore and Shore are back and that Shore is bringing us another medical show about a doctor with extraordinary skills. On the other hand, the not so good news is that this feels like so many other typical medical and doctor television dramas we’ve seen before.

Anyone who has seen Highmore in Bates Motel already knows how fantastic of an actor he is. So saying that Highmore is great in this series isn’t really that big of a surprise. Highmore continues to not only impress me, but is now becoming one of my favorite actors in recent memory. Highmore has a tremendous amount of range as an actor. We recently saw him as a deranged mamas-boy-lunatic in Bates Motel and here he is sweet, funny, kind, and in my opinion, the glue that really keeps this show together.

Shaun is a little unorthodox and is always telling the truth about his colleagues and when they’re wrong. Shaun being quirky is where you’ll find most of the humor in this series. Shaun doesn’t seem to have that many problems outside of work. However, the real drama comes from his relationships and we see flashbacks to Shaun’s childhood that makes the viewers a little uncomfortable.

Even though the drama does work it and does pull on your heartstrings, the show is obviously trying to get the audience sniffling and weeping at those sappy moments.

The chemistry that Shaun has with his father figure Dr. Glassman, played by Richard Schiff, makes for those sappy moments and the two have the best on-screen chemistry out of anyone in the series.  The two coach each other and learn from each other. Dr. Glassman really motivates Shaun to not be so emotionally fragile and Dr. Glassman is that boost of confidence we want to see in our main character. 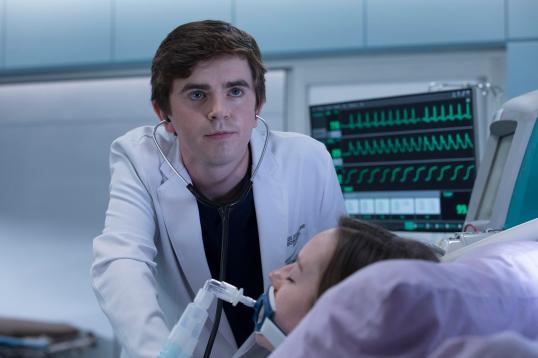 The Good Doctor is Taking it to The House

It’s hard not to compare this to HOUSE because the shows are so similar in storytelling and the show even uses similar flashbacks. HOUSE had a little bit more of a rough edge to it, while The Good Doctor seems a bit more easy going and polished. By this I mean, since The Good Doctor is on the ABC network, at times it feels very cliché, cheesy, and toned down almost to the point where some episodes play out like a Lifetime network movie or TV show. I don’t see that as being the shows fault, I see that as being the network. For those who don’t know, this series was originally pitched to CBS according to Shore. If this were on CBS, I do believe this show would have been a little bit more rugged in tone.

Moreover, I do like how this show differs from a series like Chicago Med or Grey’s Anatomy by really showing viewers what goes on behind the scenes and decision making at hospitals. This is one of the few elements that make this series standout.

Whenever the cast is discussing the business aspects it gives me the feeling of a court drama, law shows, and medical show all mixed in one. The show did a good job at showing this, however, I believe the show showed us just a little too much of it at times. When the show shows us too much, the cast begin to fit into those stereotypical television shows. This brings me to my next topic, the cast.

I do enjoy seeing such a diverse cast and seeing more autistic characters and studios showing how diversity can be on a spectrum and how people from all walks of life can do amazing things. Even Dr. Glassman said, “Hiring Shaun is a message to other people that they too have a shot.” The cast is fine, it’s just the way they are written that is the problem. 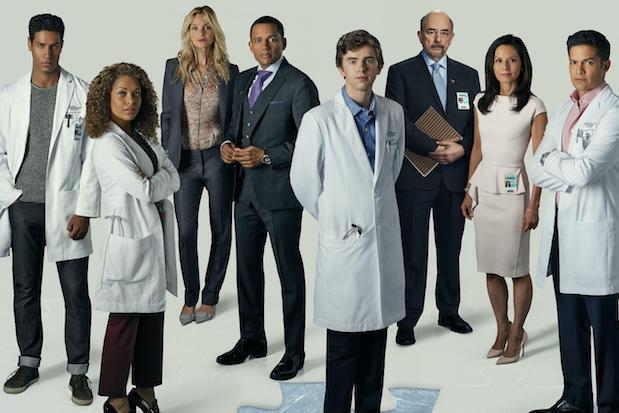 Every hospital show has the perfectly groomed perfect physic doctors. The show puts these actors into stereotypical roles of that one doctor who is willing to break the rules to save a patient, the arrogant lead surgeon, and all the medical drama formulas are planted in the cast.

Season one of The Good Doctor is okay, and watchable. I find it difficult to really care or invest in anyone other than Highmore’s character. When Highmore isn’t on screen, I find it to be too cliché, a typical hospital TV drama, and at times flat out boring.

The show seems to show some potential if it drops the clichés, and isn’t afraid to give our main character a medical task that really puts him over the edge. By this I mean, a real challenge for Shaun and one he may not have the answers to instantly. The series needs to take more chances and not be afraid to stand out on its own two feet. According to ABC.com, ‘The Good Doctor’ will be renewed for a second season and the show has high television ratings.

I believe Season One of The Good Doctor earns a…