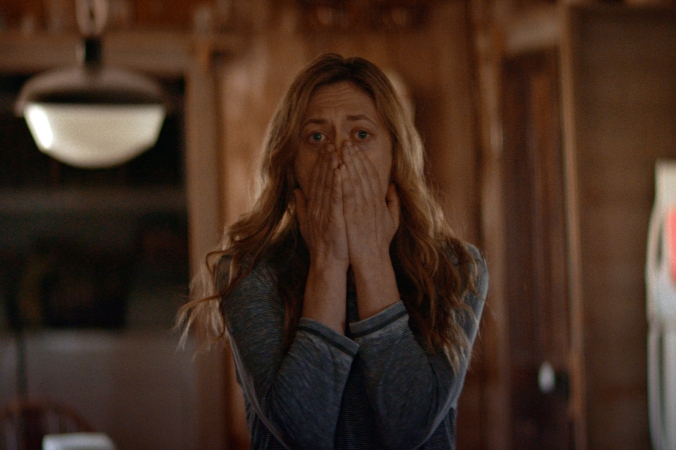 “On a secluded farm, a man is slowly dying. Bedridden and fighting through his final breaths, his wife is slowly succumbing to overwhelming grief. To help their mother and say goodbye to their father, siblings Louise (Marin Ireland) and Michael (Michael Abbott Jr.) return to their family farm. It doesn’t take long for them to see that something’s wrong with mom, though—something more than her heavy sorrow. Gradually, as their own grief mounts, Louise and Michael begin suffering from a darkness similar to their mother’s, marked by waking nightmares and a growing sense that something evil is taking over their family.”

Written and Directed By: Bryan Bertino

AVAILABLE IN THEATERS, ON DEMAND AND DIGITAL: November 6, 2020

Who doesn’t love a good milkshake and some badass female assassins? Combine the two and you end up with the new film @gunpowdermilkshake on @netflix . Watch our video review featuring Lord @logan_myerz and Hennessy @scorsese_films on the mics.
LeBron James leads the Toon Squad as they go up against Don Cheadle and the Goon Squad. Is @spacejammovie a slam dunk or another bad Lebron flop? Find out as the boys are back to review the film, now in theaters and streaming exclusively on @hbomax . #SpaceJamANewLegacy #SpaceJam #SpaceJamMovie #MovieReview https://youtu.be/l62QKCH5los
@kevinmuller5 returns to find his lost slipper and review the new film 'A Cinderella Story: Starstruck' starring @baileemadison that's available on Digital & DVD, and will be hitting @hbomax later this year. #CinderellaStarstruck #ACinderellaStoryStarstruck #MovieReview #WBPromotion https://cinephellas.com/2021/07/21/review-a-cinderella-story-starstruck-2021/
Those wild witch hunters return with pitchforks and torches to review the final entry in the 'Fear Street' Trilogy, titled ‘1666’. All three films are now available to stream only on @netflix .
My Tweets