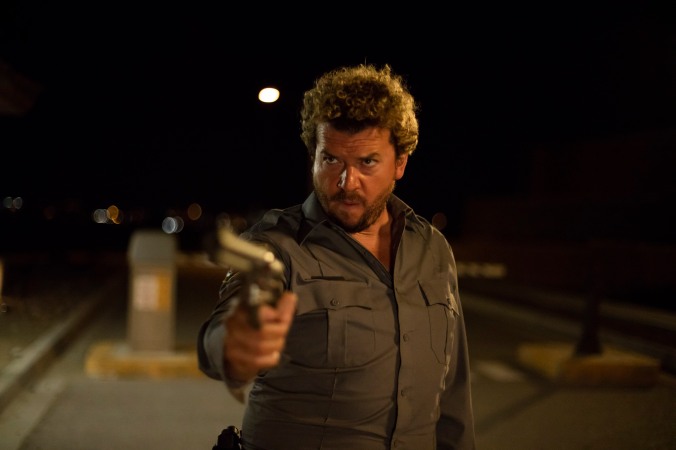 “Arizona was loved by audiences at the Sundance Film Festival for its unique story with a comedic twist,” said Mark Ward, Chief Acquisitions Officer for RLJE Films.  “With the combination of a great cast and a smart screenplay, we’re excited let audiences experience Arizona this summer.”

Set in the midst of the 2009 housing crisis, Arizona is a darkly comedic story that follows Cassie Fowler, a single mom and struggling realtor whose life goes off the rails when she witnesses a murder.

Ward and Jess De Leo from RLJE negotiated the deal with CAA on behalf of the filmmakers.

Kevin Bacon returns to camp and the slasher horror genre in the new @peacocktv original 'They/Them.' Check out our review of the film now that’s currently streaming. #TheyThemmovie #TheyThem #moviereview https://youtu.be/6FzbeOJH81c
A Comanche warrior named Naru protects her tribe from a vicious Predator in #PreyMovie . Watch our review of the new prequel because we ain’t got no time to bleed….
On this episode of the 'Cinephellas Podcast,' Bob Ward interviews the writer/director @annagutto about her new movie, 'Paradise Highway' that's currently streaming and playing in theaters. #CinephellasPodcast #Interview #AnnaGutto #ParadiseHighway https://youtu.be/svIcswXjaKY
David Cronenberg once again directs Viggo Mortensen in the sci-fi body horror film 'Crimes of the Future.' Watch Logan and Henry’s review now and stay tuned for more reviews coming soon.#CrimesoftheFuture #MovieReview #DavidCronenberg https://youtu.be/A-6AyQQDuXQ
My Tweets