Don’t forget to watch the new season on Netflix now!

Our newest Pop! vinyl from Stranger Things 2 features the candy-eating Dart!
Look for the chase! A rarity of 1-in-6.

Also, a frightening 6” version of the original Demogorgon!

Look for additional exclusives!
The Demogorgon is featured as an 8-Bit Pop at Target!
Complete with a chase piece!

At Hot Topic look for Dustin and his new pal Dart!

Eleven featured in her new punk look is available only at BoxLunch! 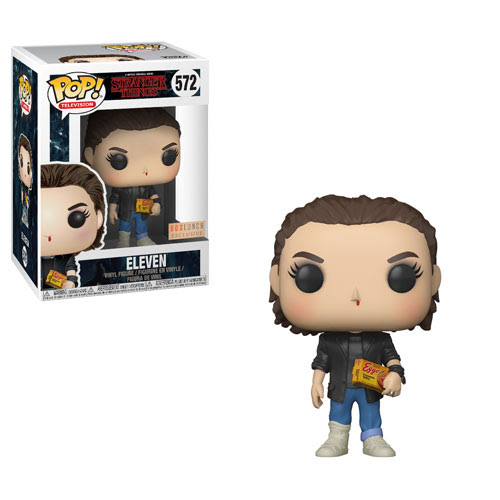