You Could Have Saved Her I Gave You All The Clues

The Snowman, a terrifying thriller based on the novel by Jo Nesbø is being released today! A sociopath who calls himself “The Snowman Killer” has targeted the one person for whom he wants to showoff his methodical, unthinkable skills: the lead investigator of an elite crime  squad. With cunningly simplistic baits, he begs to have a worthy opponent to play his sick game.

To celebrate the release of this terrifying thriller starring Michael Fassbender and Rebecca Ferguson we have a Snowman Killer Blog App and a #PhellasGiveAway! Make sure to share this post using the hashtag #PhellasGiveAway

We will announce the winner on October 31st!

The Snowman pack has:

1 – Limited Edition Snowman Plush Doll: This limited edition Snowman plush is only available via this promotion and has a run of 200 pieces worldwide. It is a replica of the killer’s Snowman and features a detachable head and the Snowman logo on the bottom.

1 – The Snowman Official Promo Shirt – An official promo T-Shirt featuring The Snowman logo on the front and the signature design on the back.

When an elite crime squad’s lead detective, Harry Hole (Fassbender) investigates the disappearance of a victim on the first snow of winter, he fears an elusive serial killer may be active again. With the help of a brilliant recruit (Ferguson), the cop must connect decades-old cold cases to the brutal new one if he hopes to outwit this unthinkable evil before the next snowfall.

• How well do you know America’s most notorious serial killers? Take the quiz and help Harry Hole find the Snowman killer by matching serial killers to their dark crimes.
• Take your investigative eye to the next level and dive into Killer Files! Learn more about serial killers and their gruesome ways… if you can handle it #nsfw. 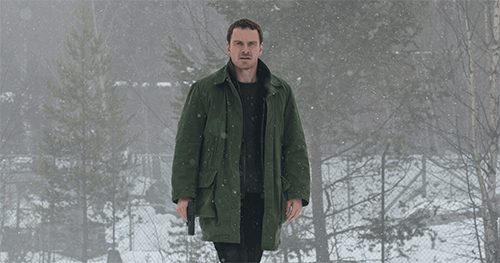 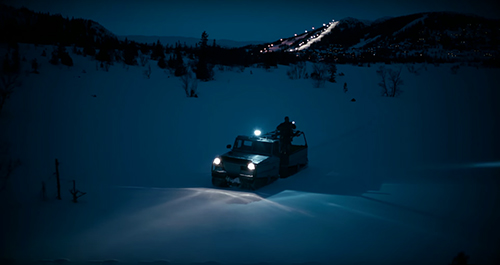