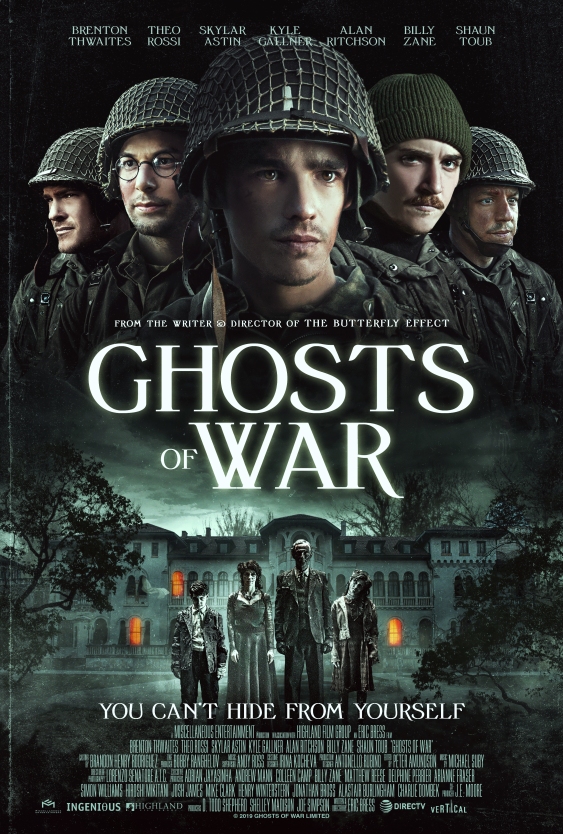 “Five battle-hardened American soldiers are assigned to hold a French Chateau near the end of World War II. Formerly occupied by the Nazi high command, this unexpected respite quickly descends into madness when they encounter a supernatural enemy far more terrifying than anything seen on the battlefield.”

END_OF_DOCUMENT_TOKEN_TO_BE_REPLACED

“In 1977, in New York City, a troubled young Jewish man bent on revenge is taken in by a secret group of Nazi hunters fighting a clandestine war against the cabal of high-ranking Nazi officials in hiding who work to create the Fourth Reich.” 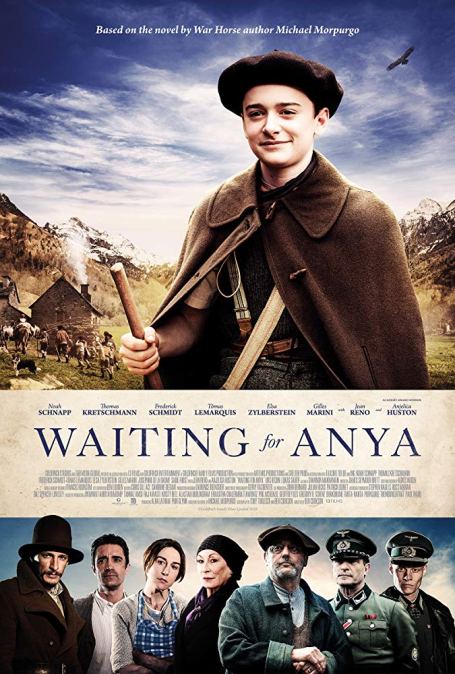 “Adapted from the novel by the author of War Horse, Waiting for Anya follows Jo Lalande (Noah Schnapp), a thirteen-year-old shepherd boy, and reclusive widow Horcada (Anjelica Huston), who come together with their village to help smuggle Jewish children into Spain during the harrows of WWII.”

END_OF_DOCUMENT_TOKEN_TO_BE_REPLACED 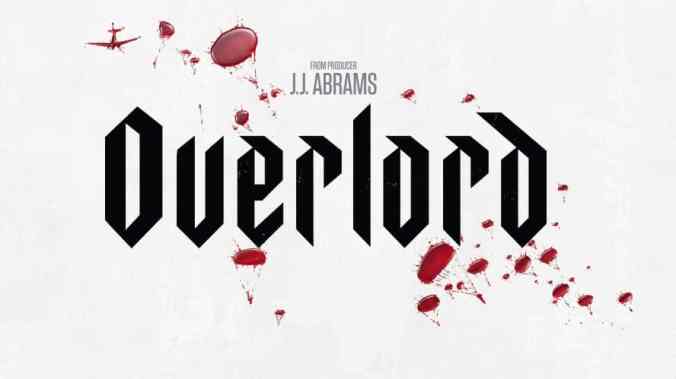 We reviewed the WWII-set horror movie Overlord that was released on 4k, Blu-Ray, and DVD today.

“A small group of American soldiers find horror behind enemy lines on the eve of D-Day.”

There’s a lot of value in a name, if I see a movie called Hobo With A Shotgun, I know that I’m probably in for something violent, something ridiculous, and something fun. Or if I see a movie called 2 Fast 2 Furious, I know it’s probably “Dude-Bro Dog-Shit.” So when I got the chance to watch a movie called The Man Who Killed Hitler And Then The Bigfoot, I had all kinds of B-Movie ideas in my head about what it could be. To my surprise, the film is actually a reflective look on one man’s amazing life and the decidable un-amazing place he’s found himself in his old age. And I’m not sure how I feel about that, it’s not that the film wasn’t what I was expecting it to be, and the film itself didn’t know what it wanted to be.

END_OF_DOCUMENT_TOKEN_TO_BE_REPLACED

THE MAN WHO KILLED HITLER AND THEN THE BIGFOOT follows the epic adventures of an American legend that no one has ever heard of.  Since WWII, Calvin Barr (Elliott) has lived with the secret that he was responsible for the assassination of Adolf Hitler. Now, decades later, the US government has called on him again for a new top-secret mission. Bigfoot has been living deep in the Canadian wilderness and is carrying a deadly plague that is now threatening to spread to the general population. Relying on the same skills that he honed during the war, Calvin must set out to save the free world yet again.

END_OF_DOCUMENT_TOKEN_TO_BE_REPLACED

“At an inn which is only open on holidays, a crooner and a hoofer vie for the affections of a beautiful up-and-coming performer.”

Some movies are made with the sole purpose of being seen on the big screen. In the case of director Christopher Nolan, a majority of his films fall into this category. They are grand in scope and give the viewer the feeling as if they are pedestrians on a city street being towered over by skyscrapers. The cinematography of Nolan’s films always include wide shots showcasing the vastness of the particular setting they are taking place in and always have a very authentic feel to them, placing the viewer in the thick of the story, and making them feel like they are part of a large world. Dunkirk is no different; it was filmed using the large format IMAX cameras and it is a behemoth of a war movie complete with thunderous explosions, a heart-thumping soundtrack, and one of the most harrowing evacuations in history.

END_OF_DOCUMENT_TOKEN_TO_BE_REPLACED

There’s a full moon out tonight for the ’31 Days of Horror’ as we review the classic werewolf movie from 1981 'An American Werewolf in London.' So keep off the moors. Stick to the road, and the best of luck. #AnAmericanWerewolfinLondon #31DaysofHorror #moviereview https://youtu.be/FPzbK38UYuE
Hi, I’m Chucky. Wanna play? We’re back for more ’31 Days of Horror.’ A single mother gives her son a doll that is possessed by a serial killer in 1988’s ‘Child's Play’ . Check out our review, if you dare! #chucky #moviereview #31DaysofHorror https://youtu.be/qMUNeBSY7Dg
It’s the #31DaysofHorror here at Cinephellas, and that means another killer movie review! The killer orphan Esther gets an origin story in this bloody prequel to 2009’s 'Orphan’, titled 'Orphan: First Kill.' #OrphanFirstKill #Orphan #MovieReview https://youtu.be/yUOXc2i309E
We're checking out #HocusPocus2 that's streaming on @disneyplus . Our full review will be up this month for #31DaysofHorror 🧙‍♀️🧹🪄🐈‍⬛👻🎃
My Tweets