Evan Peters plays the Milwaukee Cannibal Jeffrey Dahmer in the Netflix mini-series Dahmer – Monster: The Jeffrey Dahmer Story. Watch our review of the show and look for more horror review this October during the ’31 Days of Horror.’

“Across more than a decade, 17 teen boys and young men were murdered by convicted killer Jeffrey Dahmer. How did he evade arrest for so long?” 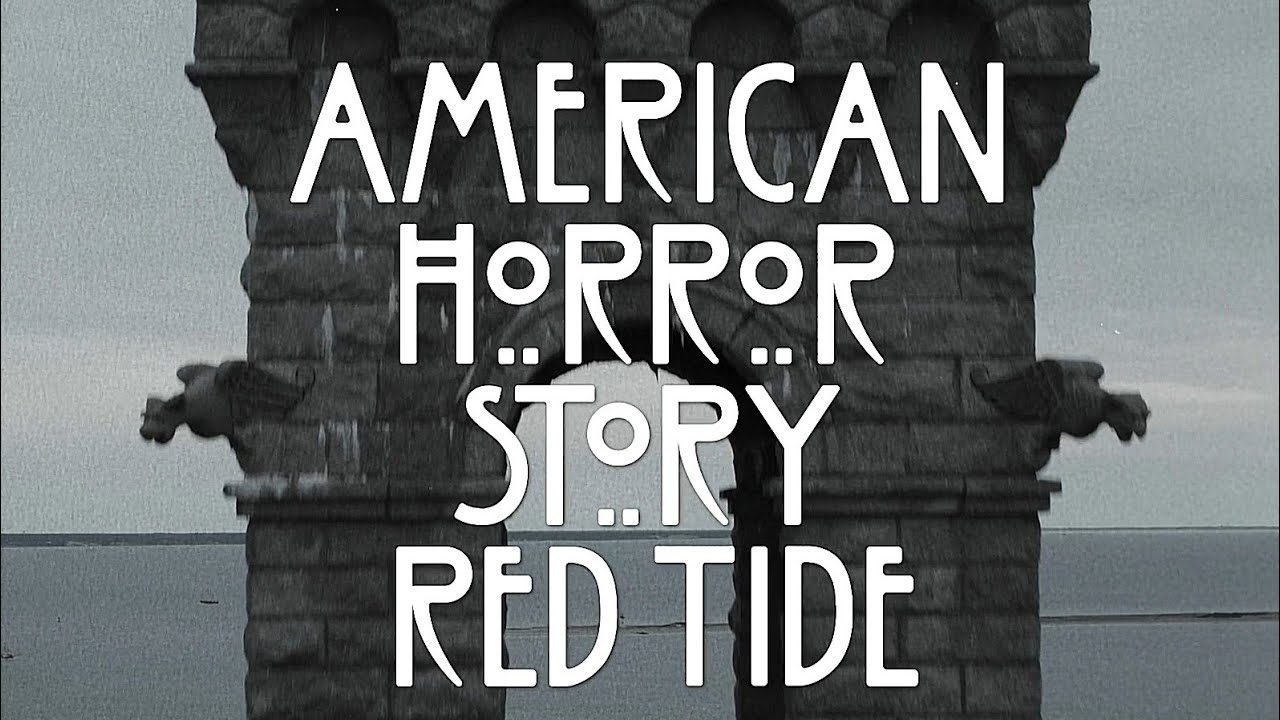 Your two favorite political pundits are back to review the premiere of the third season of ‘American Crime Story’ titled Impeachment. This season stars Beanie Feldstein as Monica Lewinsky, Sarah Paulson as Linda Tripp, and Clive Owen as President Bill Clinton. So sit back, grab a cigar, and enjoy the video you wild interns. We’ll be back to recap the entire season.

“An anthology series centered around America’s most notorious crimes and criminals.” 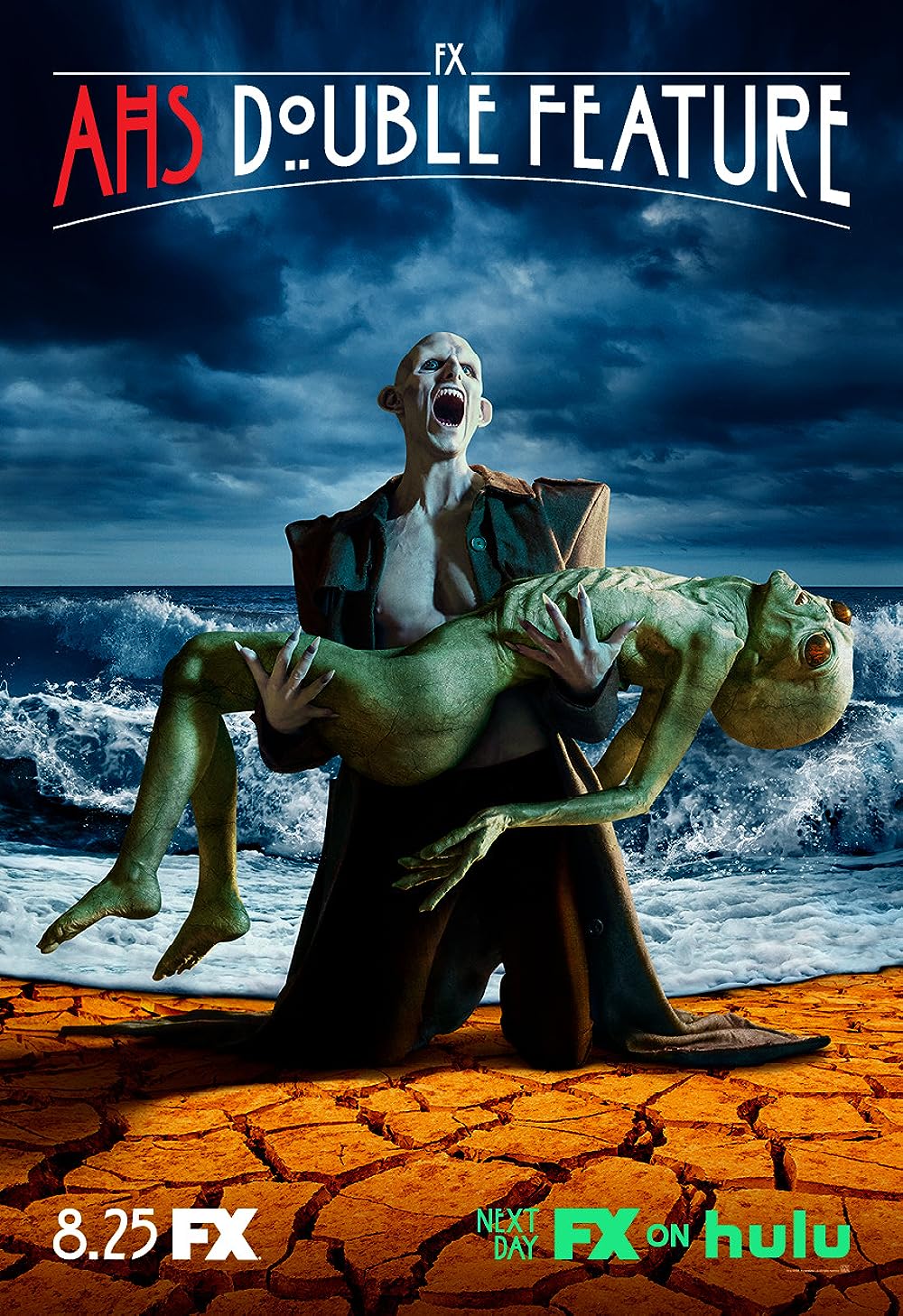 American Horror Story is back for the tenth season with a Double Feature. The first part, titled ‘Red Tide’, takes place in a creepy seaside town and follows a struggling screenwriter who develops a thirst for blood. The horror hounds Logan and Henry return to talk about the first two episodes. New episodes air every Wednesday on FX and Thursdays on Hulu.

“An anthology series centering on different characters and locations, including a house with a murderous past, an insane asylum, a witch coven, a freak show, a hotel, a possessed farmhouse, a cult, the apocalypse and a summer camp.”

“An anthology series centering on different characters and locations, including a house with a murderous past, an insane asylum, a witch coven, a freak show, a hotel, a possessed farmhouse, a cult, the apocalypse and a summer camp”

END_OF_DOCUMENT_TOKEN_TO_BE_REPLACED

FX has set the premiere dates for two of the year’s most anticipated new comedy series, Atlanta and Better Things, as well as the return of the acclaimed and award-winning American Horror Story for its sixth installment, it was announced today by Chuck Saftler, President of Program Strategy and COO, FX Networks.

Atlanta, the new comedy created by and starring Donald Glover, will have its series premiere on FX on Tuesday, September 6 at 10 PM ET/PT. In Atlanta, two cousins work through the Atlanta music scene in order to better their lives and the lives of their families. “Earn Marks” (Donald Glover) is a young manager trying to get his cousin’s career off the ground. “Alfred Marks” (Brian Tyree Henry) is a new hot rapper trying to understand the line between real life and street life. “Darius” (Lakeith Lee Stanfield) is Alfred’s right-hand man and visionary. “Vanessa” (Zazie Beetz) is Earn’s best friend and the mother of Earn’s daughter. Glover serves as Executive Producer, along with Paul Simms and Dianne McGunigle of MGMT Entertainment. Atlanta is produced by FX Productions.

Better Things, the new comedy co-created by Pamela Adlon and Louis C.K. and starring Adlon, gets its series premiere on FX on Thursday, September 8 at 10 PM ET/PT. Better Things centers on Sam Fox (Pamela Adlon), a single, working actor with no filter raising her three daughters, Max (Mikey Madison), Frankie (Hannah Alligood) and Duke (Olivia Edward) in Los Angeles. She’s mom, dad, referee and the cops. Sam also watches out for her mother, Phil (Celia Imrie), an English expatriate, who lives across the street. Sam is flawed and fierce with her love for her daughters, and her own mother, as well. Sometimes, heaping the love on when she feels guilty. Sam’s just trying to earn a living, navigate her daughters’ lives, have fun with a friend or two and also — just maybe — squeeze in some private time once in a while. Adlon serves as Executive Producer alongside Louis C.K., Blair Breard, Dave Becky and 3 Arts Entertainment. Better Things is produced by C.K.’s production company Pig Newton for FX Productions.

American Horror Story returns with for its currently-untitled sixth installment on FX on Wednesday, September 14 at 10 PM ET/PT.