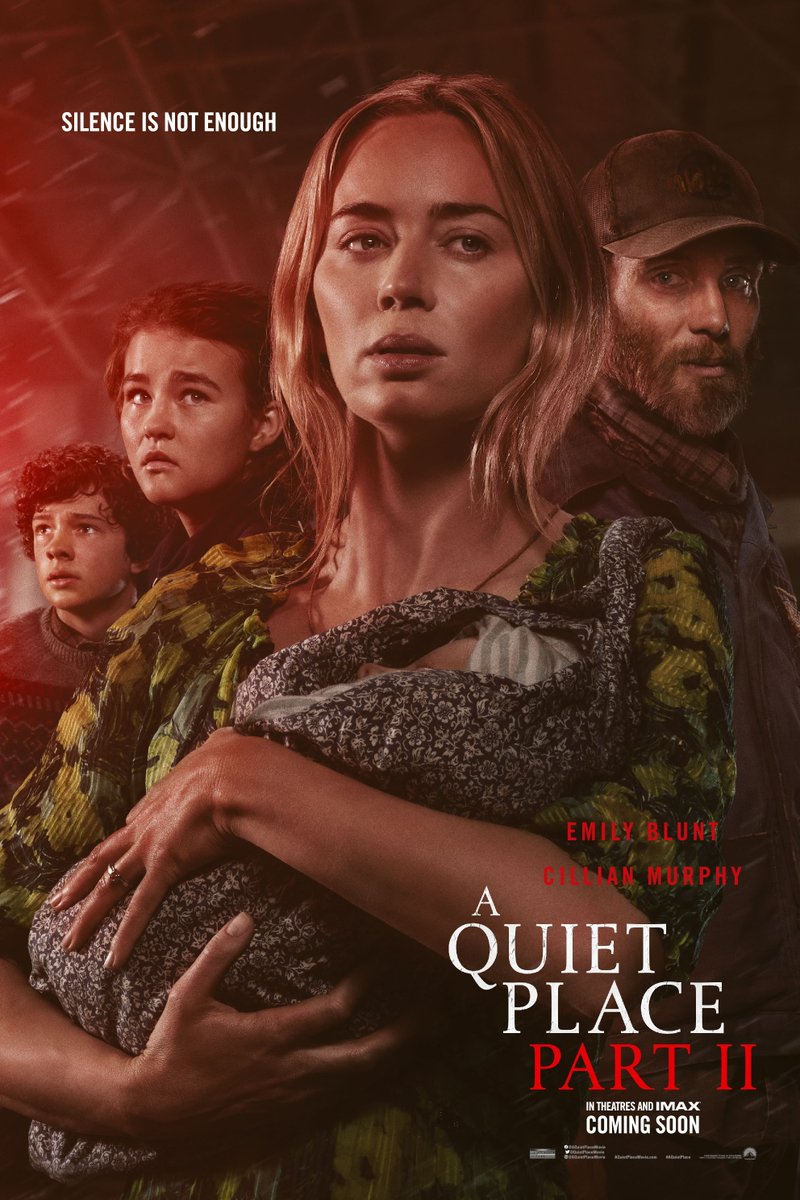 Logan and Henry return to the movie theater for the first time in over a year to watch and review the sequel to the hit 2018 horror film, A Quiet Place 2.

“Following the events at home, the Abbott family now face the terrors of the outside world. Forced to venture into the unknown, they realize the creatures that hunt by sound are not the only threats lurking beyond the sand path.”

The Cloverfield movie series is such an interesting blank check franchise because there’s no shortage of good ideas by making this an anthology series as it gives more freedom for whatever stories that the filmmakers want to tell. I would have been fine if this was one movie about a monster attacking a city but they decided to expand on this and made a great followup in 10 Cloverfield Lane.

END_OF_DOCUMENT_TOKEN_TO_BE_REPLACED

What made the first Cloverfield so fascinating was that they took something we’ve seen before like a giant monster in the city and they found a way to give it a new a new perspective. The 2008 Cloverfield film gave a new perspective that allowed audiences to see the death and the destruction of a monster in the city in the form of a found footage film. Even 2016’s surprise sequel and spin-off, 10 Cloverfield Lane, was a bold new take on a familiar story setup, and I actually loved this film, and would consider it an improvement over the first movie.

The trailer for The Cloverfield Paradox dropped at Superbowl 52 (Go Eagles). After the trailer was over, it said the movie was now showing on Netflix. After the Superbowl was over, I knew I was definitely going to check it out. I dusted the Dorito’s off my gut, almost spilled my beer, telling people at the Superbowl After-Party, “Move, I have to get home to see that new Cloverfield!”

END_OF_DOCUMENT_TOKEN_TO_BE_REPLACED

When the surprise trailer for Cloverfield popped up in front of Transformers in the summer of 2007, audiences were immediately intrigued by this exciting new monster movie from Lost show runner, J.J. Abrams.  Abrams surrounded this new movie an aura of mystery that is rarely seen in the social media era of film.  Many audience members feel the need to know everything about a movie before it is ever released, and Abrams reminded them that the unknown can often be more thrilling.  With talks of a sequel being discussed occasionally since the original was released in early 2008, Abrams and director, Dan Trachtenberg, surprised all of us with a trailer for the sequel, 10 Cloverfield Lane, just a few, short months ago.

While Cloverfield was received with mixed reviews upon its release, with many people disliking its shaky-cam style and seemingly amateur acting, 10 Cloverfield Lane, has been met with universal praise. While this is set in the same universe as the original, it would be difficult to call it a sequel.  The film does have some connections, but if it were not for the title, audiences would have little clue that the films are related. Filmgoers should not expect an action-packed, monster movie or any of the shaky-cam that was met with mixed results.

Instead, 10 Cloverfield Lane is driven by outstanding character acting and a thrilling sense of mystery use to keep the audience on the edge of their seats.  END_OF_DOCUMENT_TOKEN_TO_BE_REPLACED