Following the airing of the series finale this past week, Logan and Henry reflect upon the entire six season run of Better Call Saul on AMC. Watch their review now.
#BetterCallSaul #BetterCallSaulFinale #BreakingBad #TVReview
“The trials and tribulations of criminal lawyer Jimmy McGill before his fateful run-in with Walter White and Jesse Pinkman.”

No one gets out clean. The final seven episodes of Ozark are now streaming on Netflix and we’re back with our review of the conclusion to the epic crime drama.

“A financial advisor drags his family from Chicago to the Missouri Ozarks, where he must launder money to appease a drug boss.”

“No one gets out clean.” The first half of the final season of Ozark hit Netflix and Logan and Henry are back to review the beginning of the end for the Byrdes. Check out our review now and don’t forget to subscribe, like and comment on the post!

“A financial advisor drags his family from Chicago to the Missouri Ozarks, where he must launder money to appease a drug boss.”

Logan Myerz and Henry Hill are back to review the action-packed film Nobody starring Uncle Bob Odenkirk as the new action hero. The movie is currently streaming on Amazon Prime Video and Vudu. 🎞️🎬

“A bystander who intervenes to help a woman being harassed by a group of men becomes the target of a vengeful drug lord.” 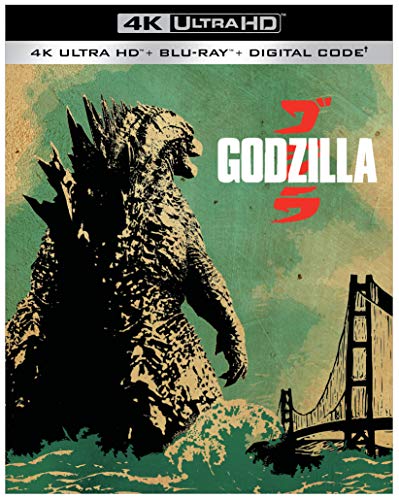 We wanted to congratulate the winner of the Godzilla digital code. We’ll be back later this week to review Godzilla vs. Kong that hits HBO Max on March 31st!

“The world is beset by the appearance of monstrous creatures, but one of them may be the only one who can save humanity.”

We’re giving away the digital code for Godzilla before our favorite monsters duke it out on March 25th. Let us know in the comments below “Who will win the fight between Godzilla and King Kong” and don’t forget to use #PhellasGiveAway . We’ll announce one random winner on March 25th. Good luck to everyone!

“The world is beset by the appearance of monstrous creatures, but one of them may be the only one who can save humanity.”

Wilder Napalm was a movie that was probably always destined for limited appeal and it’s too bad because it’s quite a ride. I’m grateful that a streaming service like Amazon Prime is allowing older, obscure movies like this to be exposed to the public.

END_OF_DOCUMENT_TOKEN_TO_BE_REPLACED

Let me start off this review with a confession; I have not seen the original Creepshow. I’ve seen clips from it, mostly regarding cockroaches and country bumpkin accent, but I’ve never found the opportunity to see the full film. That being said, I’m aware of its cult status and when news came about of an anthology series from Greg Nicotero, I took interest. I’ve been familiar with Nicotero’s work on The Walking Dead and with TV often outclassing films for production values, the Creepshow series had a lot of promise.

END_OF_DOCUMENT_TOKEN_TO_BE_REPLACED

Bob Ward reviews the first season of Creepshow that’s currently streaming on Shudder,  AMC , and will be released on Blu-Ray and DVD on June 2nd!

“CREEPSHOW, the new anthology series based on the 1982 horror comedy classic, is still the most fun you’ll ever have being scared! A comic book comes to life in a series of twelve vignettes over six episodes, exploring terrors from murder to the supernatural and unexplainable. Haunted dollhouses, werewolves, murderous goblins, villainous trick-or-treaters, the dead, and medical marvels are just a few of the things to watch out for in this new series. You never know what will be on the next page…”

“A financial adviser drags his family from Chicago to the Missouri Ozarks, where he must launder money to appease a drug boss.”

We wanted to congratulate the winner of the @elvismovie 4K digital code. We’ll be back in a few weeks to announce our spooky #31DaysofHorror giveaway. #Elvis #ElvisMovie #Giveaway #Contest https://youtu.be/Bl3FgIen5D4
Kevin Muller reviews the 2005 film 'The Brothers Grimm' starring Heath Ledger and Matt Damon.
Kevin Muller reviews the highly controversial film @dontworrydarling that's directed by Olivia Wilde and starring Chris Pine, Florence Pugh, Harry Styles, and Olivia Wilde. The movie is currently playing in theaters everywhere. #DontWorryDarling #MovieReview https://youtu.be/89vH-yNX-Uc
Travel back to Middle Earth with Logan and Henry for their review of @lotronprime : The Rings of Power now streaming every Friday on @primevideo .
My Tweets