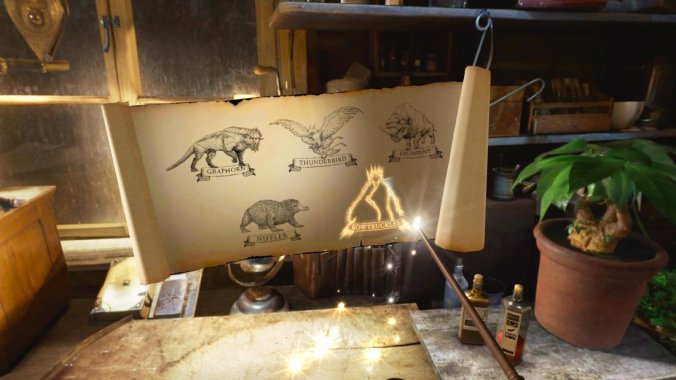 Prepare to enter the Wizarding World !

Ready to see the Wizarding World as you’ve never experienced it before?  Step through Newt Scamander’s case and explore the spectacular world of Fantastic Beasts and Where to Find Them in an expanded breathtaking cinematic virtual reality experience available for purchase on January 23 on major VR platforms.

Based on Warner Bros.’ 2016 film, Fantastic Beasts and Where to Find Them Virtual Reality Experience allows users to meet and interact with six magical beasts, complete spells, explore Newt’s shed, create potions, and immerse themselves in the magic like never before, all while guided by Magizoologist Newt Scamander (Eddie Redmayne) himself.  This version of the previously released limited VR experience will allow fans to return to the Wizarding World for a more robust and expanded experience, featuring three new beasts including the fan favorite Niffler, as well as the Occamy and Bowtruckles.  These join the previously available Thunderbird, Erumpent and Graphorn.  Fans can also participate in more magical spells as they interact with each of Newt’s fantastic creatures.  Additionally, the experience includes a deleted scene and 360 degree behind–the-scenes footage that takes fans onto the set and into the movie making process.