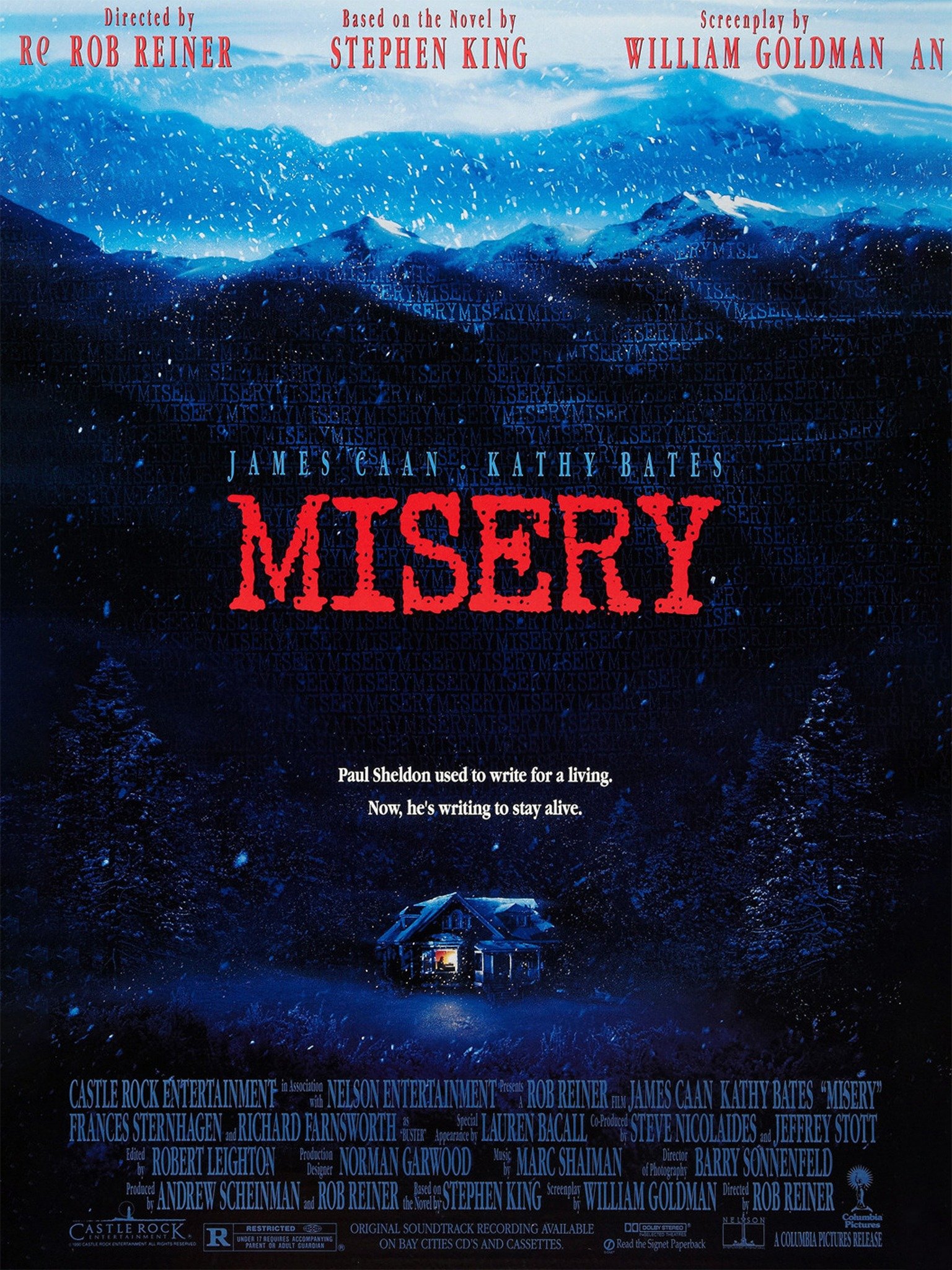 Kathy Bates won the Oscar for best actress for her portrayal of Annie Wilkes in Rob Reiner’s adaptation of the Stephen King Novel Misery. Join Logan and Henry at the bookstore as they review the suspenseful film for ’31 Days of Horror.’ 🎃👻☠️😷🔪🍬🍭

“After a famous author is rescued from a car crash by a fan of his novels, he comes to realize that the care he is receiving is only the beginning of a nightmare of captivity and abuse.”

The tenth spot on this list is reserved for, not necessarily a bad film, but for one that given the talent involved, should’ve worked.  Based upon the Graphic Novel, “The Kitchen” tells the story of three women who are romantically involved with men connected to the Irish Mob. When the men are all thrown in jail, the three must band together to continue the men’s work, to avoid financial debt to themselves, and the community that depends on the mob. The leads are played by Elisabeth Moss, Tiffany Haddish, and Melissa McCarthy, in what seemed to be the perfect trio to pull this off.   Unfortunately, a story that should’ve been about female empowerment, was just so lifeless on its execution. The film also failed to carry a consistent tone. It tried to be funny, with awkward results, it tried to be a crime drama, but failed to give the controversial story any type of spark. It was the definition of a missed opportunity.

END_OF_DOCUMENT_TOKEN_TO_BE_REPLACED

The Cinephellas survived another year at C2E2 in Chicago that took place from February 28th – March 1st at McCormick Place. Take a glimpse into the world of Chicago’s Comic & Entertainment Expo that includes panels, Cosplay, Collectibles, Video Games, and more!

END_OF_DOCUMENT_TOKEN_TO_BE_REPLACED

Sometimes Dead is Better. We reviewed the brand new Pet Sematary film based off the famous Stephen King novel.

“Dr. Louis Creed and his wife, Rachel, relocate from Boston to rural Maine with their two young children. The couple soon discover a mysterious burial ground hidden deep in the woods near their new home.

The Cinephellas bring you back into the world of C2E2 in Chicago! Including the Clueless Reunion with Paul Rudd, Freaks and Geeks panel, AMC’s N0S4A2, cosplay, video games, anime, and much more!

We want to give a special thanks to C2E2 for having the Cinephellas! See ya’ll next year!