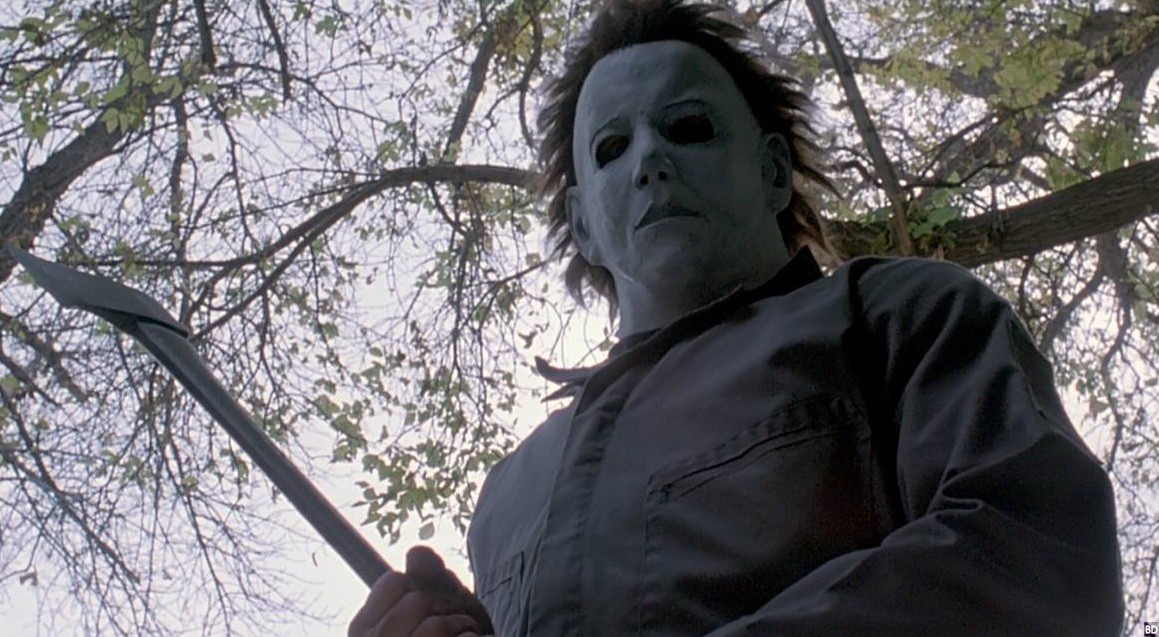 You can’t have a ’31 Days of Horror’ without a trip to Haddonfield. Logan and Henry go trick or treating with Paul Rudd and run into Logan’s Uncle Michael in their review of 1995’s Halloween: The Curse of Michael Myers.

“Six years after Michael Myers last terrorized Haddonfield, he returns there in pursuit of his niece, Jamie Lloyd, who has escaped with her newborn child, for which Michael and a mysterious cult have sinister plans.”

Halloween producer/creator John Carpenter and Blumhouse have confirmed back-to-back sequels to Halloween (2018). Halloween Kills will be released on October 16, 2020 and Halloween Ends on October 15, 2021. The two films will be shot back-to-back this fall, with David Gordon Green returning to the Director’s chair.

Logan Myerz talks about the new Halloween poster and the 2nd Trailer that was just released!

Logan Myerz is back to talk about the Halloween 2018 movie, Trick or Treat Michael Myers mask, the U.S. Premiere of Halloween at Fantastic Fest, the John Carpenter score, and more!

Relive the terrifying film that launched an entire genre when Halloween arrives on 4K Ultra HD Combo Pack (plus Blu-ray) September 25 from Lionsgate. Starring Golden Globe winner Jamie Lee Curtis (Best Actress, True Lies, 1994), Donald Pleasance, Tony Moran, and P.J. Soles, this edition of the horror classic delivers four times the fear with four times the resolution of Full HD with 4K, which also uses Dolby Vision HDR to bring to life the stunning cinematography of this supernatural horror film. When compared to a standard picture, Dolby Vision can deliver spectacular colors never before seen on a screen, highlights that are up to 40 times brighter, and blacks that are 10 times darker. Celebrating the 40th anniversary of the original 1978 theatrical release, and arriving just in time before the theatrical release of the newest film in the series, the Halloween 4K Ultra HD Combo Pack is loaded with special features and will be available for the suggested retail price of $22.99.

END_OF_DOCUMENT_TOKEN_TO_BE_REPLACED

Logan Myerz returns to Haddonfield to talk about more Halloween news, new images from the film, and the official Trailer released today!

Logan Myerz returns to Haddonfield to talk about the new Halloween poster, Jason Blum seeing a rough cut of the film, John Carpenter writing the score, and the upcoming trailer!

Logan is back from Haddonfield to talk about the recent Halloween casting, filming, John Carpenter, and the upcoming documentary!