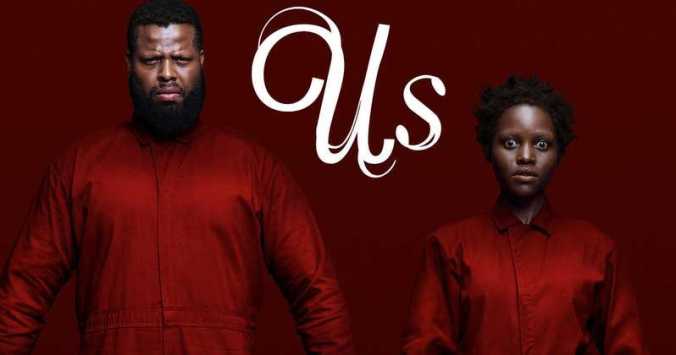 There are movies, like any entry out of The Fast and the Furious series, that you invest time, marvel at the action, say something positive, or negative, about it, and then walk out of the theater. Sure, you may talk about it with your friends about the physic defying action, but it won’t hit you the way Jordan Peele’s new film Us does. You will go through all the motions mentioned, but it isn’t a film you will react to, but let sink in and digest. It’s the type of movie that throws so much at you, most of it works, and rattles your brain. It’s a very ambitious and worthy follow up to his first film, Get Out, which won him acclaim and an Academy Award for “Best Original Screenplay.”

END_OF_DOCUMENT_TOKEN_TO_BE_REPLACED

I’m not sure how this review is gonna go down because a large part of me is still trying to decipher this film. After Get Out, I was very much looking forward to more of what Peele had to bring to the horror circuit and Us looked like another winner. My initial thoughts though were good, but flawed, and yet after doing some reading I’m slowly coming around to the film. I still think that Jordan Peele is one of the most interesting voices to come out of modern horror and he’s got plenty more to say, but Us might cause a bit of rift when people talk about him.

END_OF_DOCUMENT_TOKEN_TO_BE_REPLACED

Does Jordan Peele suffer from the sophomore slump in his second film? Check out our review of Us now playing in theaters everywhere!

“A family’s serenity turns to chaos when a group of doppelgängers begins to terrorize them.”